Bulgarian Defense Minister: Do Not Expect Me to Resign 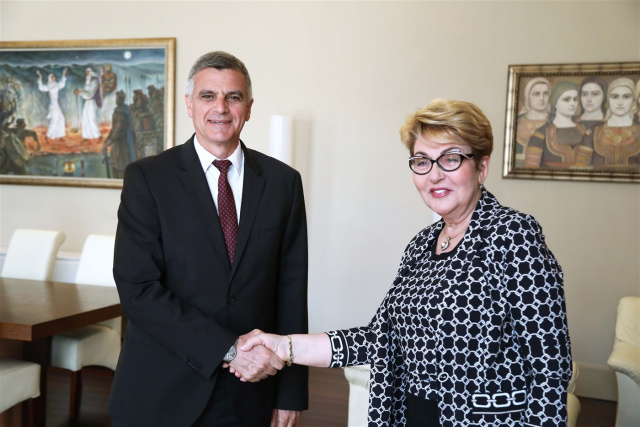 “As far as my resignation is now a matter of procedure alone, I am counting on the coalition "partners" and the political force that allegedly supported me to move things in order. This will be a demonstration of the will of the parliamentary majority and an indication of the policy that will be pursued in the future, supported by the relevant clear, I hope, argumentation,” said Yanev. According to him, it will be good for the Bulgarian citizens to hear the motives, after which they will have the opportunity to follow what decisions will be made in the field of defense.

Bulgarian Defense Minister: Let's not Rush and call this a War

“You know that in the last week I have been the target of a deliberate political attack - ugly, unjust and insidious. Allegations that I am a conduit of someone's foreign interests are an absolute lie,” said the defense minister. He points out that the starting point for each of his decisions and actions was only the Bulgarian national interest – “what is good and right for our country and which will preserve the state in this particularly difficult situation in which we find ourselves today. And it will obviously become even heavier”, writes Stefan Yanev. “But in politics, it is so. The truth is not very important. The interpretation is more important, which, if well-funded, directly replaces the truth. The goal of m ‘partners’ and critics is clear,” Yanev said. According to him, the goal is not just to discredit him personally. The task is to vacate the post of the Minister of Defense for someone who is more, so to speak, more responsive in pursuing specific foreign interests in determining the Bulgarian political agenda, including in the military sphere and decisions, which are taken there, the Minister of Defense wrote on the social network.

According to him, the implementation of such a scenario puts our national security at risk. “And as far as I don't see any common sense, but only deeply disturbing chaos and... severe inadequacy, I want to share with the Bulgarian citizens that what is happening, that the decisions to be made are not in the interest of Bulgaria. Moreover, they are dangerous for our country. They are dangerous because the consequences - economic, financial and social, will soon be terrible and then there will certainly be resignations, but no longer working decisions,” he said. Stefan Yanev.

He points out that Bulgaria does not need to demonstrate a pro-Russian, pro-American or pro-European position. “Bulgaria must and in my opinion must demonstrate a position in defense of its national interests. It must protect the rights of its citizens, ensure their security and tranquility, the prosperity of the Bulgarian state. In fact, the goal is one - to preserve our statehood, our culture and national identity”, Yanev writes. “For true Bulgarians, these values ​​cannot be compromised. When the stake is Bulgaria, we must be able to overcome our differences and work together for its well-being. To be able to unite in the name of the Motherland - individuals, parties, citizens and society,” the defense minister said in a Facebook post.