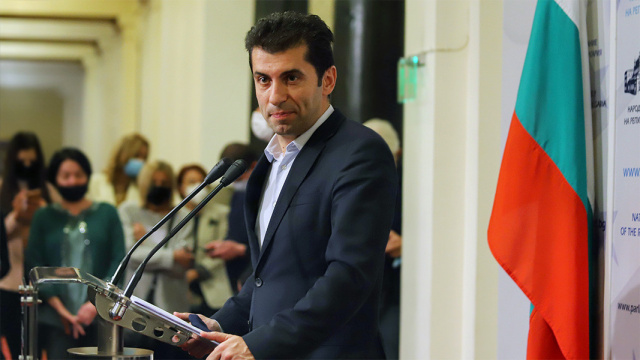 "Developments in recent days, in which a peaceful Ukraine was unjustifiably attacked by Putin, have caused anxiety and compassion for the Ukrainian people. That is why the Bulgarian government has decided to send humanitarian and military-logistical aid to Ukraine. With this, we join the group of 25 donor countries from the EU and NATO." This was announced by the government press service.

"Today I want to express even more clearly the strong condemnation of Russia's aggression against Ukraine. This is a fratricidal war. Currently, young soldiers on both sides - several thousand - have died. At the same time, we have a lot of civilian casualties, and a very large part of the civilian population in Ukraine is hiding at subway stations and every day and every night expects the destruction of their homes," said Prime Minister Petkov.

The Prime Minister assured that a complete list of Bulgarians in Kyiv who want to evacuate has been made. Their number is 140. 30 are at the embassy waiting for the green corridor to be pulled out.

"The Bulgarian government cannot stand with its eyes closed when we see civilians at such great risk in this fratricidal war. It is so unfortunate how a leader stands safe at the long table, and young soldiers die because of his horrific decisions," Petkov said.

The Prime Minister clarified that Bulgaria joins the other countries in the EU and NATO, which will support Ukraine with humanitarian aid and military-logistical support.