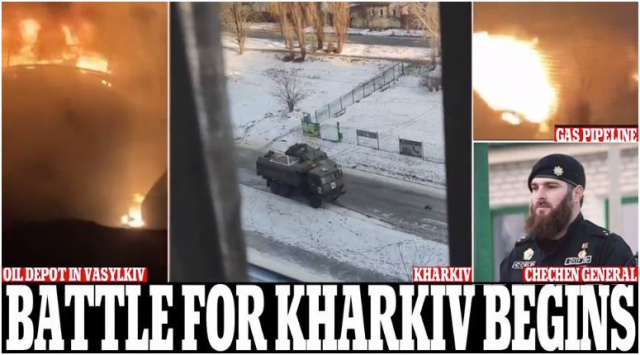 Russian military vehicles are passing through the streets of the northeastern Ukrainian city, Gerashchenko wrote in Telegram.

Videos released by Herashchenko and Ukraine's State Service for Special Communications and Information Protection show several light military vehicles and a burning tank on a street in Kharkiv, Reuters reported.

“Light military vehicles of the Russian enemy entered Kharkiv, including the city center. The Ukrainian armed forces are destroying the enemy. We ask civilians not to go outside,” Sinegubov said.

Kharkiv is the second-largest city in Ukraine in terms of population after the capital Kyiv.