Bulgaria: 2000 Beds in Hotels in the Varna Region are Waiting for Refugees from Ukraine 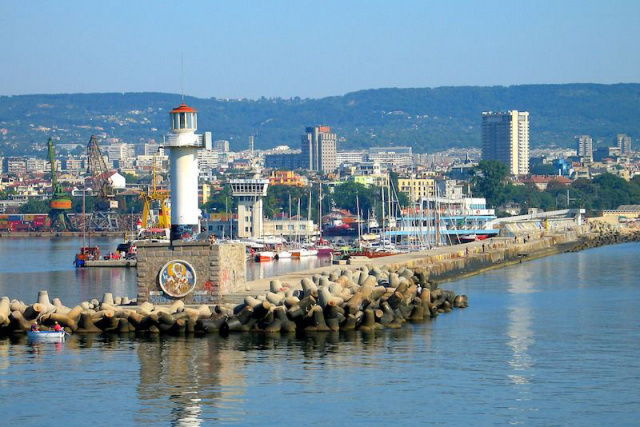 Nearly ten hoteliers have already expressed readiness to accommodate newcomers from Ukraine, with 2,000 beds currently available, Varna's new regional governor Blagomir Kotsev said today, welcoming the two buses to the first to be evacuated from Odessa. He clarified that the beds are not only in the city, but also in the resorts in the area.

According to him, it is still unclear who will take over their food, as well as overhead costs for electricity and water. According to him, the decision on this topic will be made at the national level, as well as how to proceed with the settlement of people's documents.

The new Regional Coordination Headquarters in Varna will be convened on Monday, Kotsev added. As BTA informs, it will include representatives of the municipality, the Ministry of Interior, the Health Inspectorate and other institutions that can help refugees. According to Kotsev, many people will probably need to be accommodated in the coming days, but it will become clear on Monday who those who arrive in their cars will turn to.

Most of those who arrived by bus said they had someone to stay with in Bulgaria. Tatiana Dimova from Odessa shared that her husband is Bulgarian, her son also has Bulgarian citizenship. She said they spent the last night in a bomb shelter in Odessa because of explosions. However, her mother, brothers and sisters remained there. According to Dimova, her relatives will find it difficult to flee Ukraine because they cannot draw up their documents.

Hotels in Sunny Beach Open for Refugees from Ukraine

The story of Lilia Sebova, whose husband is also a Bulgarian citizen, was almost identical. She and her daughter will be staying with friends in our country, but her parents have stayed in Odessa and will probably not be able to go anywhere.

People said they traveled well and calmly. One of the collaborators, Gesho Lyubenov, owner of a tour operator, thanked the Consulate General in Odessa, as well as all our diplomats in Moldova and Romania. The organization of the bus trip was perfect, Lyubenov added. He said that they traveled to Odessa on a road different from the traditional routes. They traveled to the border with Moldova with a police escort. The queue was about 10 kilometers away - cars, trucks, buses, on foot, it was awful, Lyubenov said. According to him, the gatherings are due to the ban on men leaving Ukraine. This is the reason why mostly women and children arrive with the first buses from Odessa. The few men in the cars are Bulgarians.