137 Ukrainians have Died since the beginning of the Russian Оffensive 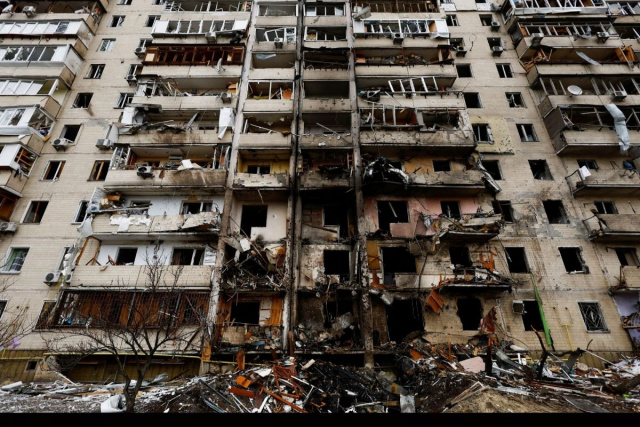 137 Ukrainians have died since the start of the Russian offensive, said Ukrainian President Volodymyr Zelensky.

According to him, Moscow is hitting not only military targets but also civilian targets. European Union leaders have agreed in principle to impose new economic sanctions on Russia. The United States did the same earlier.

Volodymyr Zelensky signed a decree on universal mobilization in Ukraine. The measure will be in force for 90 days and aims to counter the Russian offensive against the country. Last night, the Ukrainian president addressed his compatriots again in a video address.

“Girls and boys are our defenders. You have brilliantly defended our country against one of the most powerful countries in the world. Russia is attacking our entire territory. Unfortunately, we have already lost 137 of our heroes, our fellow citizens. Ten of them are officers. 316 are wounded.” said President of Ukraine Volodymyr Zelensky.

He said that all Ukrainian border guards on the island of Snake in the Odessa region were killed yesterday. Earlier, the Ukrainian Border Guard Service said that Russian forces had established control over the island.

The President of Ukraine announced that he remains in the capital Kyiv and his family is also in Ukraine. He warned his compatriots that there was information that enemy sabotage groups had entered Kyiv. Russia wants to block Kyiv and create a land corridor with Crimea and Transnistria, the Ukrainian army said.

According to the United States, Russian forces are advancing on the Ukrainian capital and more Russian troops continue to enter Ukraine. Vladimir Putin is trying to overthrow the Ukrainian government, said US Secretary of State Anthony Blinken.

“What we do know is that part of Russia's plan was to put Kyiv in danger. We see forces invading from the north, east and south, and all of that is part of the plan we have been warning the world about in recent weeks,” he added. US Secretary of State Anthony Blinken.

Blinken: Putin will Try to Overthrow the Ukrainian Government

France will speed up the deployment of its troops in Romania, French President Emmanuel Macron said after an extraordinary meeting of European Union leaders in Brussels on the Ukrainian crisis.

Macron had a telephone conversation with Russian President Vladimir Putin, urging Moscow to end its military offensive in Ukraine immediately. According to Macron, it is useful to leave the door of dialogue with the Kremlin open.