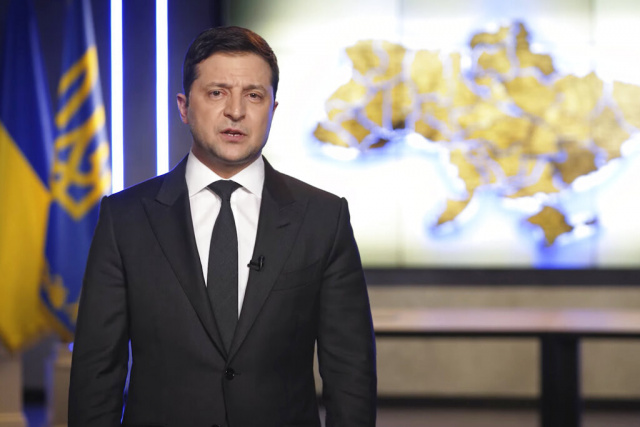 Sanctions imposed on Russia are not enough, Ukrainian President Volodymyr Zelensky told Reuters that Russia had resumed its missile strikes early this morning.

According to him, the attacks are aimed at both military and civilian targets.

Earlier, Vladimir Zelensky announced a 90-day general mobilization of the population and criticized Western allies for leaving his country to fight Russia alone.

Zelensky said he would stay in Kyiv and his family would not leave the country, despite reports of existing security threats.

Addressing the nation this morning, Vladimir Zelensky called on Moscow for a ceasefire.

“Sooner or later, Russia will have to talk to us about ending hostilities,” he said.

Zelensky spoke by telephone with Polish President Andrzej Duda today to ask for defense funds from NATO's Eastern European members and help to get Russia to sit at the negotiating table.

EU Adopted a Package of New Sanctions against Russia

“We need an anti-war coalition,” he wrote on Twitter.

Today, Duda hosts a B9 summit in Warsaw, which will be attended by Bulgarian President Rumen Radev.

Meanwhile, Ukraine's central bank has banned payments to individuals in Russia and Belarus, as well as transactions involving the two countries' currencies.