PR Expert Behar to Bulgarian Government: "Bulgaria - Dream Area" is the Best Slogan the Country Can Have 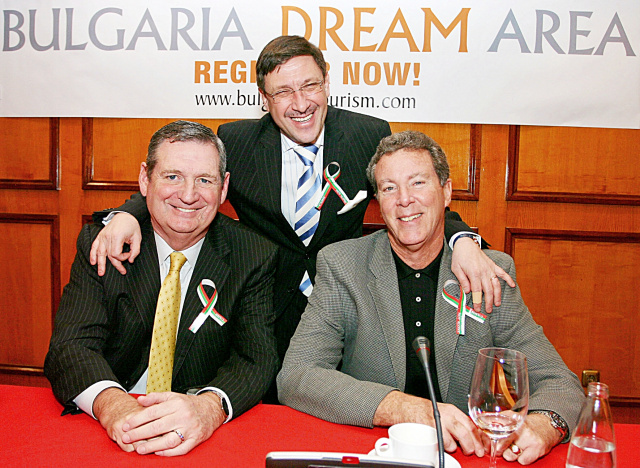 Sofia, Bulgaria – “Bulgaria – Dream Area” is the best slogan the country can have now”, Maxim Behar, globally renowned communications expert and CEO of the leading Bulgarian PR company M3 Communications Group, Inc., says in a letter to the recently elected Bulgarian PM Kiril Petkov. He expressed his willingness to sell the slogan, created and copyrighted by him for 1 Euro.

"This is just a suggestion. I can say – very strong and logical suggestion. There could be also other slogans for the country, but I have never come across them before. Bulgaria must have a strong slogan that distinguishes it from all other countries, to be easy to remember and say a lot in a few words. "Bulgaria - Dream Area" is really just such a slogan", said Maxim Behar, the CEO of M3 Communications Group, Inc.

Maxim Behar's proposal was accompanied by a promise of his grant support in future communication strategies to build Bulgaria as a more attractive brand with a modern vision and identity.

The slogan "Bulgaria - Dream Area" was created and patented by Maxim Behar two decades ago, it is quite well known abroad and over the years has contributed to the sharp increase in interest in Bulgaria by hundreds of investors and tour operators. In 2002, Maxim Behar launched a series of international investment forums, which he successfully implemented under the slogan, in partnership with Bob Miller, the Governor of Nevada back then. The first such conference dedicated to tourism in the country was opened with a recorded welcome message by former US President Bill Clinton, which followed the participation of government representatives, experts in tourism, and foreign companies investing in the country.

Maxim Behar is a globally renowned PR expert, entrepreneur, journalist, diplomat, and Harvard Kennedy School graduate. He is the founder and CEO of the Bulgarian leading PR company, M3 Communication Group, Inc., former ICCO President, and now serves as ICCO International Growth Chair. He is also the President of the World Communications Forum Association in Davos, Switzerland. He has been inducted into the Global PR Hall of Fame in London and awarded many titles, among them Best PR Professional in Europe for 2020 by PR Week, Global CEO of the Year by The International Stevie Awards, and Communicator of the Decade by the Indian Association of Business Communications. His book The Global PR Revolution was ranked among the Top 100 Best PR Books of All Time by Book Authority and also made a bestselling record among new PR books on Amazon. Bulgarian born he considers himself a global citizen.