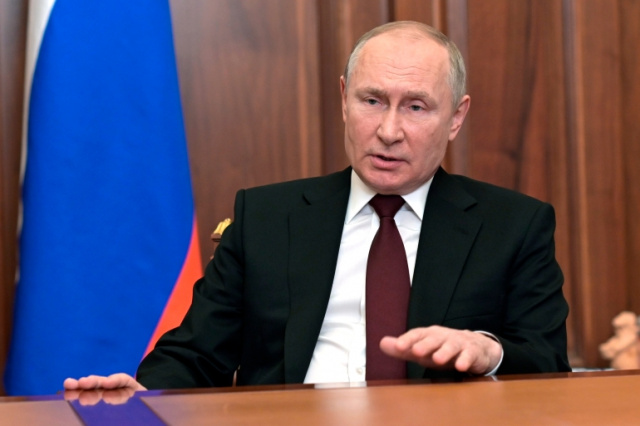 The Russian president said that the responsibility for possible bloodshed would lie entirely with the conscience of the Ukrainian regime and called on the Ukrainian military to lay down their arms immediately and go home.

He said Moscow would not allow the emergence of nuclear weapons in Ukraine.

According to Putin, Russia's plans do not include the occupation of Ukrainian territories, and Russia's actions are not about harming Ukraine's interests, but about protecting itself from “those who have taken Ukraine hostage.”

Putin said that in the event of interference in the situation in Ukraine from outside, Russia will respond immediately.

The Russian president also said that the decision for an operation in Ukraine was taken in response to a request from the leaders of the two republics in Donbas (separatist Donetsk and Luhansk). The purpose of the operation said the Russian leader, is "to protect the people who for eight years have been subjected to torture, genocide by the Kyiv regime, and therefore we will seek the demilitarization and denazification of Ukraine, as well as bringing to justice those who have committed numerous bloody crimes against civilians, including citizens of the Russian Federation."

Biden: US and Allies will respond decisively to Unprovoked Russian Attack on Ukraine

BREAKING: Reports the city of Dnipro has also come under Russian bombardment.pic.twitter.com/neEdP5CIRH