Josep Borrell: The EU will Impose Sanctions on Russia today 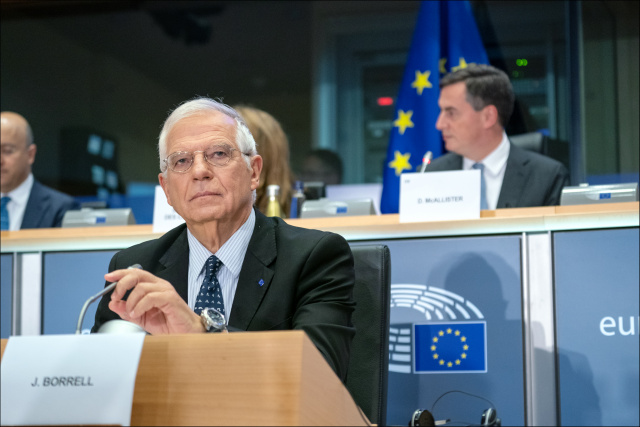 EU High Representative for the Union for Foreign Affairs and Security Policy Josep Borrell said sanctions against Russia could be imposed this afternoon due to the further escalation of the crisis in Ukraine.

Yesterday, he warned that the EU would “respond strongly” if Moscow recognizes the self-proclaimed Donetsk and Luhansk People's Republics.

“Russian troops have entered Donbas. We consider Donbas to be part of Ukraine ... I would not say that this is a complete invasion, but Russian troops are on Ukrainian soil,” Borel said.

He added that the Council would decide on immediate action against Russia, but stressed that “this does not mean that we will take all our decisions today”.

The permanent representatives of the EU member states decided to convene an extraordinary meeting of foreign ministers in Paris this afternoon. It is expected to decide on sanctions against Russia. Ministers are currently there and participating in a forum for cooperation in the Indo-Pacific region.

Permanent representatives of the member states are currently meeting in Brussels on the same issue, and the meeting was announced late last night by the French presidency of the EU. European Commission Presidents Ursula von der Leyen and European Council President Charles Michel have already said the EU will impose sanctions on those involved in recognizing the Donetsk and Luhansk People's Republics, calling it an “illegal act”.

NATO Secretary-General Jens Stoltenberg condemned the recognition of the two republics by Russia and described it as an action “undermining efforts to resolve the conflict and in violation of the Minsk agreements”.