German Diplomat: 80 years ago Macedonia did not Exist 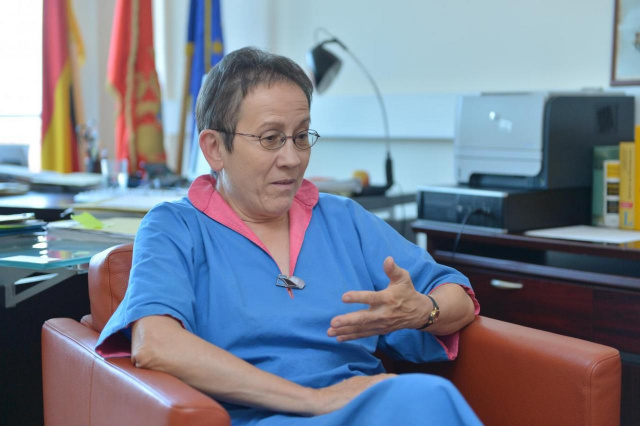 Former German Deputy Ambassador to Bulgaria Gudrun Steinacker commented to Deutsche Welle on the problems between Bulgaria and North Macedonia. She was also ambassador to Skopje.

We are well aware that such negotiations can take years. In this sense, I do not show much understanding for the blockade imposed by Bulgaria. Yes, the two sides have differing views on many issues: minorities, language, culture and, above all, history.

These disputes are real, they have gained potential throughout history. For Bulgaria they are rooted in the 19th century, in the case of North Macedonia they date back to about 80 years ago, because before that this country did not exist.

To relieve such tensions, accumulated for so many years, takes time until it comes to understanding. Or at least until the conclusion that there is no way for the two sides to agree on all issues.

This is not a unique problem, which is only between Bulgaria and North Macedonia. Similar conflicts exist elsewhere, for example between Slovakia and Hungary. Even in beautiful Norway, where I was at the time, there was still some friction with Sweden on certain topics. But such contradictions can always be resolved in a peaceful and mutually acceptable way. All that is needed is political will, and I hope that the new government in Sofia will quickly end the blockade.”

That's what Schinacker said. She also commented on the crisis between Russia and Ukraine and the Bulgarian position on the topic.

“I do not see an immediate danger for Bulgaria in the Black Sea. Of course, no one can predict what would happen if Russia actually invaded Ukraine.

Bulgaria is behaving extremely cautiously. As far as I can see, the country has not gone beyond solidarity with NATO. But for historical reasons, there are many special relations between Bulgaria and Russia, which I understand well.

There is also some disparity in the political space. Many believe the president is pro-Russian - whether and to what extent such allegations are valid is another matter. The same goes for some parties in the government - such as the Bulgarian Socialist Party. So obviously there is no common view on how exactly Bulgaria should behave.

But in Germany, too, we have a similar situation in which, in practice, the lowest common denominator must be chosen.”

That's what Schinacker said. She also commented on judicial reform in Bulgaria.

“There is still no rule of law in Bulgaria in the true sense - a fact that I think is very upsetting and is confirmed daily by various examples. As a result, Bulgaria, unfortunately, has a bad name in the EU. And the country's image could be very better because this is a wonderful country with huge potential.

Bulgaria suffers from huge corruption, which unfortunately does not even recognize the borders between the individual parties. But let's give a chance to the new government in Sofia. I hope it can solve the problem.”

According to her, solving the problem should start with “old commitments”