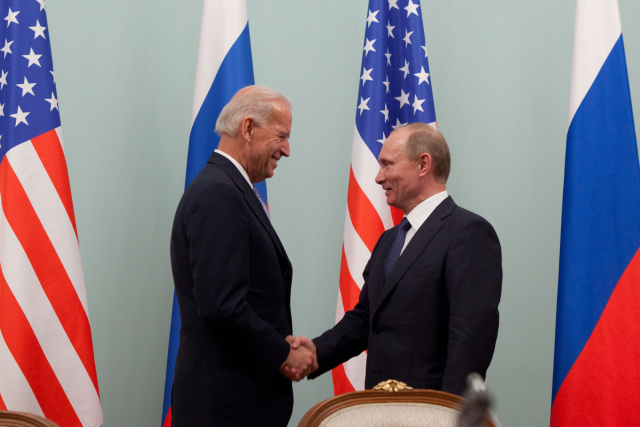 The presidents of the United States and Russia, Joe Biden and Vladimir Putin, have agreed in principle to hold a meeting on the crisis in Ukraine, the office of French President Emmanuel Macron announced on Monday, Reuters reported. “The essence will be prepared by (US) Secretary of State Antony Blinken and (Russian Foreign) Minister Sergei Lavrov during their meeting on Thursday, February 24,” the Elysee Palace announced.

Such a meeting “can only be held if Russia does not invade Ukraine,” the statement said, adding that Macron would assist in preparing the content of the discussions.

A statement issued early Monday morning said that in telephone conversations with Putin and Biden on Sunday, the French president had offered them a meeting on “security and strategic stability in Europe”.

Joe Biden is Certain: Russia is Preparing to Invade Ukraine

White House spokeswoman Jen Psaki confirmed that Biden had agreed “in principle” to meet with Putin, as long as Russia refrained from invading Ukraine, the Associated Press reported. She also said that the meeting between Blinken and Lavrov would take place on Thursday under the same conditions.

Psaki's statement said: “We are always ready for diplomacy. We are also ready to impose swift and severe consequences if Russia chooses war instead. At the moment, Russia seems to be preparing for a full-scale attack on Ukraine very soon.”

Concerns about the situation around Ukraine were further heightened on Sunday when it became clear that Russia was extending its military exercises in Belarus, which were due to end late last week, and satellite imagery suggested a redeployment of Russian forces along the border with Ukraine. For his part, Biden canceled a planned trip to Delaware on personal grounds and remained in Washington after a two-hour meeting of the National Security Council.