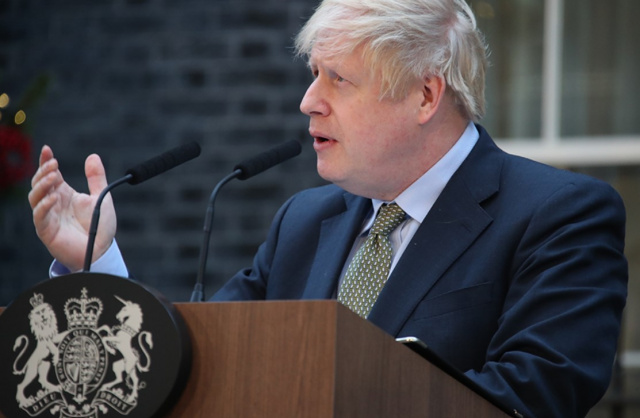 Evidence suggests that Russia is planning “Europe's biggest war since 1945” in scale, said British Prime Minister Boris Johnson. “The fact is that all indications are that the plan is already in place,” he said in an interview with the BBC.

The prime minister said US President Joe Biden had shared intelligence with Western leaders that Russian forces were not only planning to enter Ukraine from the east via Donbas but also to descend south of Belarus and encircle the capital Kyiv.

Asked if a Russian invasion was still thought to be imminent, Johnson said: “I'm afraid the evidence suggests just that, we won't cover up what it's all about.”

Speaking from Munich, where he is attending a meeting of world leaders for an annual security conference, the prime minister recalled that “people need to understand the net cost of human life, which can cost all this – civilians, Ukrainians and Russian soldiers.”

Recent estimates by the US government show that between 169,000 and 190,000 Russian troops are now stationed on the border with Ukraine in Russia and Belarus, including separatist units in eastern Ukraine. There, leaders announced a general mobilization yesterday, called on all reservists to appear in military districts, and stopped men trying to leave at the border with Russia.

In an interview, Johnson also said that the United Kingdom will impose even broader sanctions against Russia than previously thought. He said Russian companies would be banned from “trading in British pounds and US dollars”.