Canada Freedom Convoy: The Blockade in front of Parliament has been Cleared by Police 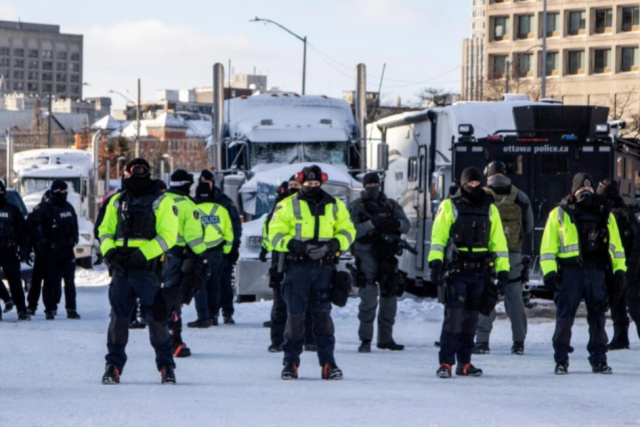 Canadian police have cleared the blockade in front of the Ottawa Parliament Building. The streets around were “occupied” by trucks for nearly 3 weeks in protest.

The Freedom Convoy initially declared itself against mandatory vaccines, but later grew against all covid restrictions. 170 people have been arrested in the past two days. Police used hot spray and noise grenades against demonstrators. Services are currently cleaning up the square in front of parliament and pulling out abandoned trucks.

However, police warned that the camp could be relocated. This came after Prime Minister Justin Trudeau issued a decree on Monday granting extraordinary powers to the government and law enforcement.