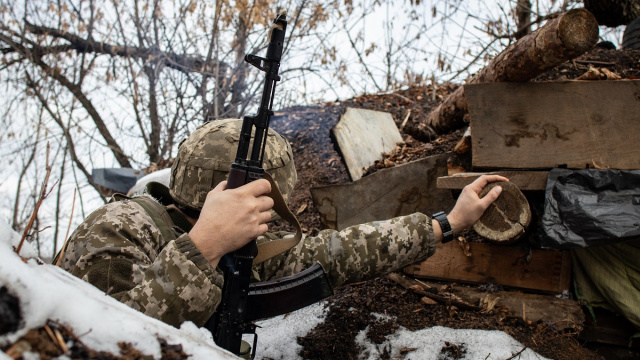 The Ukrainian army announced on Saturday the first death of its soldier in weeks. He received a fatal shrapnel wound in the conflict zone. The Emergency Service of Ukraine reported two others who were injured during a wave of shootings in the same area.

At the same time, an 84-year-old resident of the so-called Donetsk People's Republic (DNR) was wounded in the Ukrainian shelling of the village of Kominternovo in the southern part of the republic.