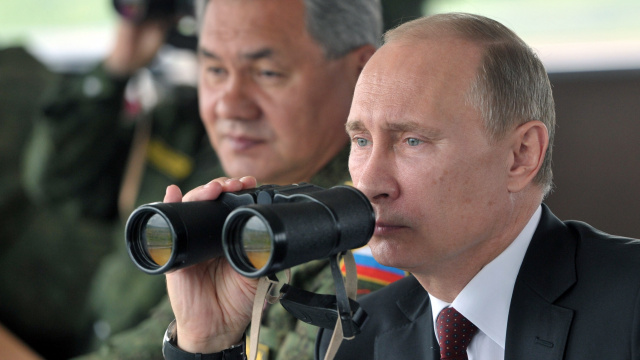 Russia will hold ballistic and cruise missile exercises on Saturday, and such maneuvers generally required the personal involvement of President Vladimir Putin. The Black Sea Fleet will also take part in them.

The exercises of the Strategic Deterrence Forces are planned in advance to check the readiness of the military command bodies, combat crews, crews of ships and planes of strategic aviation, the Ministry of Defense announced.

The exercises will involve units of the Air and Space Forces, the Southern Military District, the Strategic Missile Forces (SMF), the Northern and Black Sea Fleets.

Defense Minister Sergey Shoygu announced the holding of the strategic command and staff exercises “East” (Восток) and “Thunder” (Гръм) in December, but without specifying their dates. In early January, a source close to the Ministry of Defense told TASS that they should pass at the beginning of the year.

Ukraine: Again, mutual Accusations of Shelling between Kyiv and Separatists

The agency notes that such exercises are usually conducted by the military by the end of the year. Traditionally, these exercises include the launch of an intercontinental ballistic missile at a target at a test site on the Kamchatka Peninsula in the Far East.

Two weeks ago, the Financial Times wrote about the postponement of the exercises of Russian strategic forces from the end of 2021, citing a source in the US Congress. According to the interlocutor of the publication, Russia's intentions were announced by the Chairman of the Council of the Chiefs of Staff of the US Armed Forces, General Mark Milley, and the Director of National Intelligence, Avril Haines. This happened at a closed briefing in the House of Representatives on February 3.