Bulgarian Meteorology Institute with a Protest from Today: No Weather Forecasts 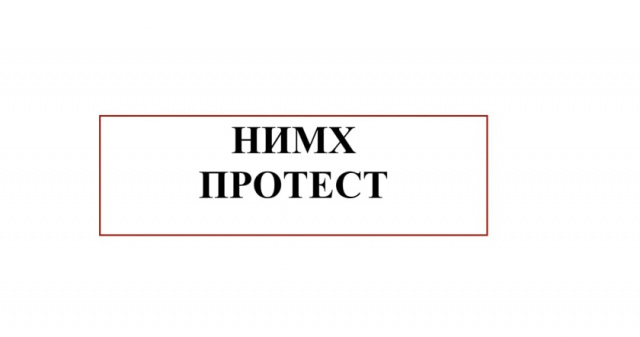 As of today, the National Institute of Meteorology and Hydrology is suspending the submission of weather information to the media in protest.

This was stated on BNT by the director of the institute Prof. Hristomir Branzov.

As of yesterday, NIMH has stopped submitting weather information on its website. Instead of the usual forecast, a protest message appears on the site

On TV Prof. Hristomir Branzov said that the decision to protest was up to the employees of the institute. He only asked them not to stop measuring atmospheric conditions, international exchanges and early warning systems.

Bulgarian Institute of Meteorology Stops the Weather Forecasts on its Website

The decision is expected to be finalized in plenary today with changes to the Water Act.

The government is adamant that the change will not lead to losses for the institute.

However, scientists fear that this will be a problem for their scientific work, which is an essential part of their work.

“What worries colleagues is that they are trying to make a national scientific organization a departmental institute. This is the meaning of this transformation. The next step that is expected, looking at what they offer as a law for us, is probably our liquidation as a scientific structure” - said Prof. Branzov.

He added that the scientific structure has the right to allocate its own budget and to have scientific autonomy, the head of which is elected by his colleagues from the academic staff of the organization.

Yesterday, however, the relevant parliamentary committee approved the proposal for the head of the NIMH to be appointed and dismissed by the Minister of Environment and Water, said Prof. Branzov.

“The way in which he is in a hurry and the way all this is being done behind the backs of the institute is very worrying and I hope that other decisions will not be made in this way.” - said Prof. Branzov.

The director of NIMH added that the institute has no commitments not only to the Ministry of Environment and Water but also to other departments under the Law on Disaster and Accident Protection and others. That is why scientists want to continue working as an independent scientific organization and do not want to be part of any department.

If the law is passed in this form today, each of the scientists at NIMH will decide for himself whether to stay at the institute or not, said Prof. Branzov, adding that among those dissatisfied with the legal change are key experts who difficult to find in the labor market.