Bulgarian Institute of Meterology Stops the Weather Forecasts on its Website 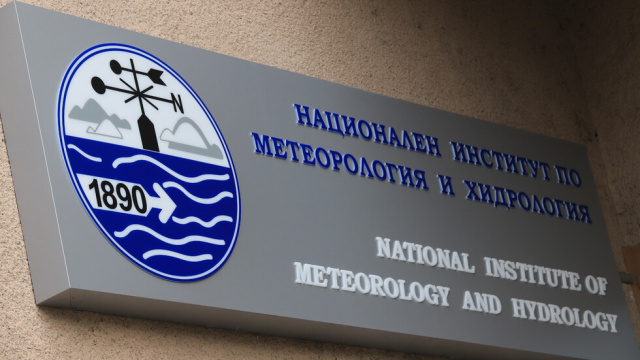 The National Institute of Meteorology and Hydrology has stopped publishing weather forecasts on its website, Krassimir Stoev told BNR, adding that it will most likely stop submitting forecasts to the media. He did not specify when this will happen.

This move - set first in the transitional and final provisions of the draft law on the budget for 2022, and subsequently removed from there and transferred as a text in the Water Act - was not discussed by the Minister of Education Acad. Nikolay Denkov with the management of the institute, claims Stoev, who finds this unacceptable.

“There was no meeting with the Minister of Education. I dare say that communication has been disrupted. One institution cannot be transferred from one ministry to another without consulting the employees of the Institute (...). I think that the management of the institute has met with minister Sandov, but not with Acad. Denkov,” Stoev said.

He described the transfer of the NIMH from the Ministry of Education and Science to the Ministry of Environment and Water through the Water Act as “very strange”. According to him, the initial application to make a structural change without affecting the work of the institute does not correspond to reality at the moment. The first direct consequence of the actions of the Minister of Education will be that we will not have a delegated budget. “In the Water Act, this point - for our right to have a delegated budget - has been directly deleted,” the meteorologist said.

Lena Borislavova, a cabinet spokeswoman, disagrees. Today she stated that there is no problem with the funds for NIMH, but only structural changes:

“Funds have been provided and the preservation of the programs under which NIMH currently carries out its activities has been provided. In addition, the issue has been discussed within the coalition government and there is a full understanding of the need for this structural change without, of course, affecting in any way the proper functioning of the NIMH as an institution.”

A second cause for concern for meteorologists is the uncertainty of what is happening with the scientific activity at the NIMH:

“I am extremely worried about how the development of scientific activity at the Institute will continue. In October 2021 I defended my doctorate in meteorology and it is not at all clear to me what I will need this doctorate for. The forecast will definitely continue in any ministry. It is clear. But how the scientific activity in the institute will develop and for all colleagues who are researchers it is not very clear, it is not very well specified.”

There is also bewilderment as to why they are being transferred to the Ministry of Environment and Water:

“A very small part of NIMH's activities is related to the Ministry of Environment and Water and I dare say that this is the wrong decision, not exactly in its place, because we serve 7 other ministries. In time, another minister may like to take us to their ministry. The things that are happening are quite strange. (...) I think that our place is in the Ministry of Education and Science - a scientific institute that develops science.

I participate - participated as a doctoral student and I will continue to participate - in projects that deal with the promotion of meteorology in schools. This is the way to attract young people. Currently, two or three people are graduating from the University of Meteorology. You understand that in a short time there will be a crisis for meteorologists.

I hope that common sense will be shown, we will be heard, in some way a compromise will be reached on both sides.”

The NIMH headquarters is also discussing the move to an effective protest, which is the last and final measure if those working there are not heard.