Bulgarian Virologist: The End of the Pandemic is Coming 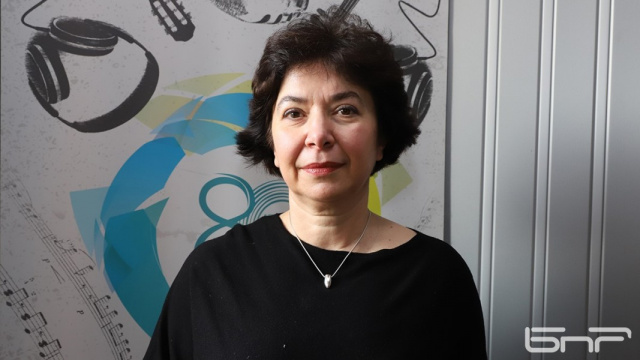 Assoc. Prof. Velislava Terzieva, Head of the Laboratory of Virology at the University Hospital “Lozenets” and researcher at the Institute of Biology and Immunology of Reproduction – “Acad. Kiril Bratanov” – BAS was a guest on the Bulgarian National Radio.

“About two years is the duration of the last modern pandemics. Moreover, this pandemic has already crossed the plateau and is starting to go down - that is, it goes to its natural end. So, this pandemic is in time frames as a duration, given the last about 100. Excluding the plague, in which about 50 percent of Europe's population has been lost.”

“This pandemic has several distinctive features: rapid spread throughout the world and the fact that there was a very unusual move from an immunological and clinical point of view,” said for BNR Assoc. Prof. Velislava Terzieva:

“It's that some people got seriously ill, even fatal, and others didn't even realize they were sick.

Mutations of the virus are something natural - it is embedded in their biology and it is in order for the virus to survive. Also to cope and survive even with treatment or vaccines.

In addition, nowadays, with the rapid development of science in medicine, within a few weeks, we scientists can characterize the virus and detect new mutations, which is why so many have been identified. And considering how fast the information is spreading today, this has led to much better public awareness of what is happening in scientific laboratories,” said Assoc. Prof. Terzieva.

Assoc. Prof. Terzieva said that according to the latest data from experts, epidemiologists, the pandemic is over.

So, we are probably already coming down from this plateau, from this peak, and the virus is much less dangerous and less risky for humans. It is very likely that the virus will remain part of our lives, like the flu. This certainly cannot be said categorically,” said Assoc. Prof. Terzieva.

“But I strongly hope that we will have a peaceful summer and the virus will be gone ...”, she said.

“So, it's very difficult to say at this stage who the more protected people are. You have to process data from around the world and then draw conclusions.

But it is important to explain on this topic that it is good to take into account the individual ability of the individual to respond to both the disease and the vaccine. Because not all people can form an adequate response after vaccination.

The immune system is an incredibly well-organized society. It has its organs, like all systems in the human body, but cells are everywhere. And there are some exclusive controls on each of these cells. That is, an independent regulation of the immune system. Nothing happens by chance in it. And for an immunological reaction to occur, there must be some kind of stimulus to provoke it.

Therefore, when talking about which immunity is better with Covid-19, we should not look at cellular immunity from antibodies, separate T cells from B cells, and natural immunity, which evolved long before them in the course of evolution.

Only when an infectious invader overcomes this first line of defense does the ‘highly specialized army’ join, which is also very well trained - T and B cells and antibodies. This is our immunological memory, which remembers an encounter with all sorts of other previous infectious elements. Vaccines also rest on this basis.

But often the virus changes in the course of infection manages to hide from virus-neutralizing antibodies, it is reformatted as a structure. It remains to be seen whether this was the case for the coronavirus.

Why some people get the virus slightly and others do not - certainly the genetic factors in humans play a role in this”, Prof. Terzieva pointed out to BNR.

“The responsibility for how an infection will run is on the immune system, but not as a stand-alone system, but in close interaction with all other organs and systems in the human body - endocrine, nervous and therefore we must take good care of them all.