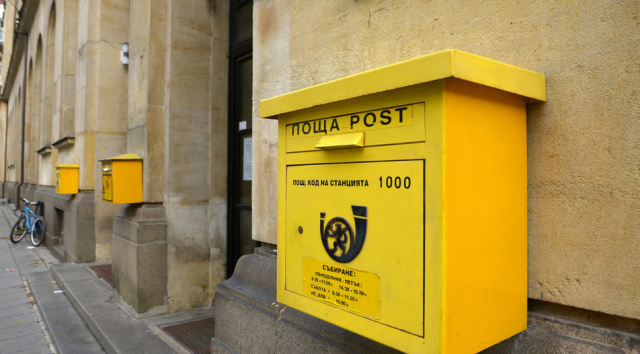 The vision of “Bulgarian Post” is to turn it into a “one-stop-shop”, thus offering administrative services in the company's branches. The goal is that residents of smaller towns and villages do not need to travel to the district center. This will save their time and money and will help preserve the environment by reducing harmful fumes from traveling by car. This was written by Deputy Prime Minister for Effective Governance Kalina Konstantinova as a response to a written question from two MPs from the Movement of Rights and Freedoms - Ahmed Ahmedov and Halil Letifov. According to Art. 90 of the Constitution, MPs have the right to ask and answer questions to the Council of Ministers or to individual ministers, who are obliged to answer.

According to the answer, “Bulgarian Post” is extremely important, but systematically neglected state capital. Data are given that the company has the widest network of representative offices in the whole country with 2973 stations. 633 of them are in the cities and 2340 are in the villages.

Against the background of this picture, Bulgarian Posts not only does not provide a competitive service but on the contrary - it loses every year and progressively loses market share. While the market of postal and courier services grows from BGN 571 million in 2018 to 678 million levs in 2020, “Bulgarian Posts” realized a loss of 13 million levs according to preliminary data for 2021 and progressively loses market share to 7.5% for 2020, is written in the answer.

In the company, which was transferred from the Ministry of Transport to Deputy Prime Minister Konstantinova to protect the interests of the state, a “full multifactor analysis” of the state of the postal network is to be carried out according to several main criteria:

- the presence of state administration in the settlement.

On this basis, optimization will follow in accordance with the norm for the density of access points to the postal network. It is also planned to rebrand and repair post offices, replace obsolete equipment, introduce an electronic payment system with customers. The government's request is also for investment in human capital by increasing the knowledge, skills and competencies of employees in the company to provide new services through retraining and training programs.

In order to improve the services, bonus systems are planned, directly related to the set goals, achieved results and feedback from the citizens. According to Konstantinova, this will help motivate employees and attract young and promising staff.