Leader of Bulgarian Vazrazhdane Party: We Want all Restrictive Measures to be Lifted 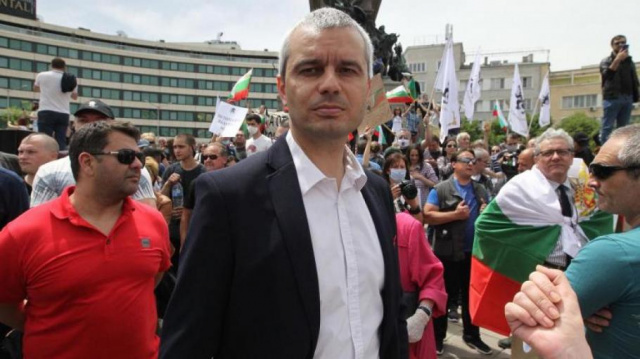 “The protest is not focused only on the abolition of the green certificate, we will protest for a normal way of governing the country. We want all restrictive measures to be lifted. The COVID working group no longer exists in practice. Its operation was delayed again by the government by about 2 weeks. We have announced that since we have no feedback from the government, we have been forced to take to the streets again to protest.” This was stated on BNT by the leader of the Vazrazhdane (Revival) party Kostadin Kostadinov.

According to him, the problem is the lack of dialogue with the government.

According to him, people's attention is distracted because the prices of electricity, fuel and gas are jumping, there is record inflation, the price of bread has reached BGN 2 - these problems must be solved.

Kostadin Kostadinov commented on the relations between the prosecution and the government as follows:

“There is no desire for real change, but rather for pressure on Geshev. Geshev must be removed with a change in the Judiciary Act. It seems that there is a fear of a clash between these institutions. If Kiril Petkov believes that Geshev should be removed, he should gather the heads of the services, the Minister of the Interior and all those who can give real information to present evidence, then passes it on to Geshev and says that this is a reason to remove him if he has to go and arrest him”, added Kostadin Kostadinov.

Regarding the convening of the President's NSAC on the Ukrainian-Russian border crisis, Kostadin Kostadinov said: “There is no conflict between Russia and Ukraine, the problem is that we cannot guarantee our national security, our own territorial integrity. There must be a referendum on Bulgaria's membership in NATO. The Bulgarian army needs to be rebuilt and rearmed.”