The First Flight from Sofia arrived in Skopje in 35 minutes 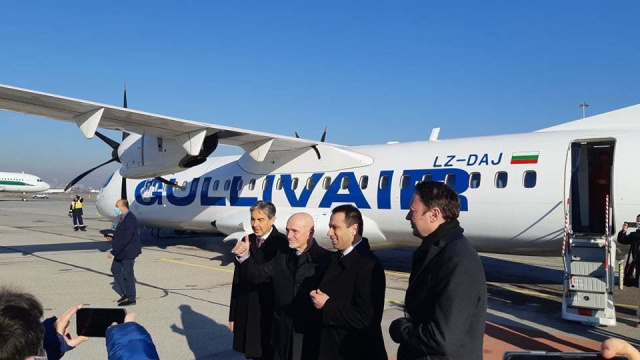 The delegations of Bulgaria and North Macedonia landed at Skopje Airport with the first direct flight on the renewed line between the two capitals.

The flight lasted 35 minutes and landed at Skopje International Airport, where the delegations were welcomed by Macedonian Economy Minister Kreshnik Bekteshi and Angel Angelov, Ambassador Extraordinary and Plenipotentiary of the Republic of Bulgaria to the Republic of North Macedonia.

Afterward, the delegations arrived at the Club of Deputies in Skopje, where the official meetings of the two delegations, as well as the joint meeting of tour operators from Bulgaria and North Macedonia, have already begun.