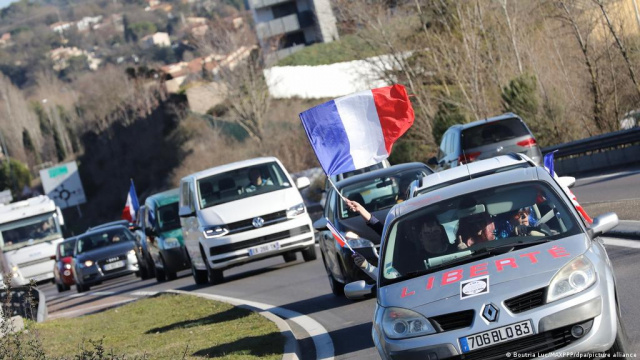 Paris police announced today that they will ban the so-called convoys of freedom, inspired by the protest of drivers against coronavirus restrictions, which paralyzed the Canadian capital Ottawa, AFP reported.

“Additional forces will be deployed to prevent the blockade of major roads, there will be fines and arrests for those who violate this ban on protests,” Paris police said in a statement.

On Wednesday morning, about 200 protesters gathered in a parking lot in Nice, southern France. They told Reuters they planned to go to Paris and Brussels with a request to lift the Covid restrictions.