The Russian and Belarusian Armies began Maneuvers in Belarus 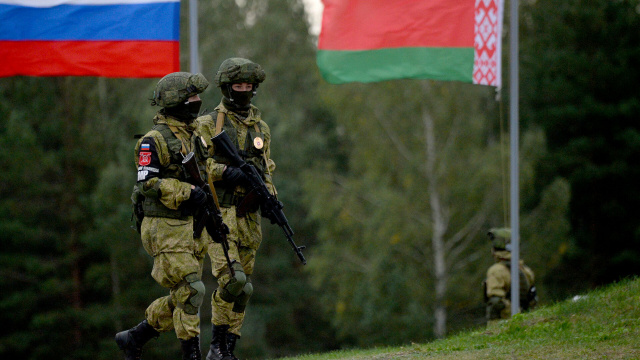 The Russian and Belarusian armies started ten-day maneuvers in Belarus today, the Russian Ministry of Defense announced. This is happening at a time of heightened tensions between Russia and the West over Ukraine, according to world agencies.

The purpose of the exercise is to prepare for stopping and repelling external aggression in the framework of a defensive operation, the communiqué states. The maneuvers take place at five military ranges, at four airbases and “various sites” in Belarus, particularly in the Brest region, which borders Ukraine.

Germany, France and Poland have called on Russia to Ease the Situation on the Ukrainian Border

The armies of Minsk and Moscow do not specify the number of soldiers and units of equipment participating in the “Union Resolution 2022” maneuvers, but according to the West, 30,000 Russian troops have been sent to Belarus for this purpose.

Kyiv and the West see the exercise as a means of pressure from Moscow, which has amassed more than 100,000 troops along Ukraine's borders since November.

The Kremlin has denied accusations that it is preparing a new military operation against Ukraine and says it is seeking to guarantee its security, given the hostile behavior of Kyiv and NATO.