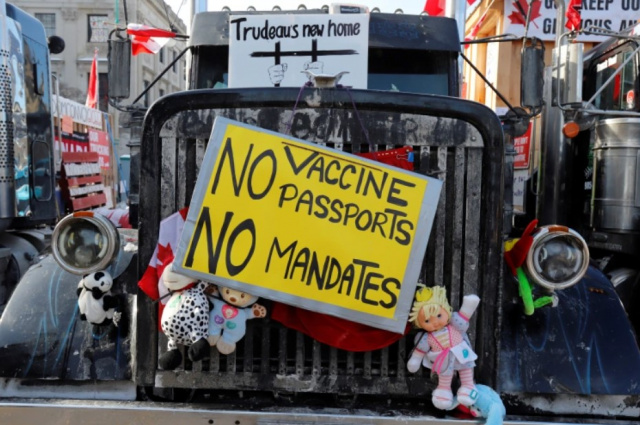 Canadian Prime Minister Justin Trudeau said the blockades by protesting drivers against anti-covid restrictions in Canada were unacceptable and had a negative impact on the country's economy. The protest movement entered its 13th day, adds AFP.

“The blockades, the illegal protests, all this is unacceptable and has a negative impact on our stores, on our producers,” Trudeau told lawmakers in the Ottawa parliament.

The protests have paralyzed some major trade routes for several days.

Ford and Toyota have said that ongoing truck protests in Canada against covid measures have disrupted the work of their factories there, the agencies reported.

Toyota has said it does not expect its Ontario car plants to produce any cars by the end of the week due to supply problems due to truck drivers' protests against the covid measures and other factors, Reuters reported.

Ford said the blockades had forced the company's factory to close and warned that the protests could have serious consequences for the North American car industry.