Bulgarian PM after He was Questioned by the Prosecution: We are Not Afraid of Anyone 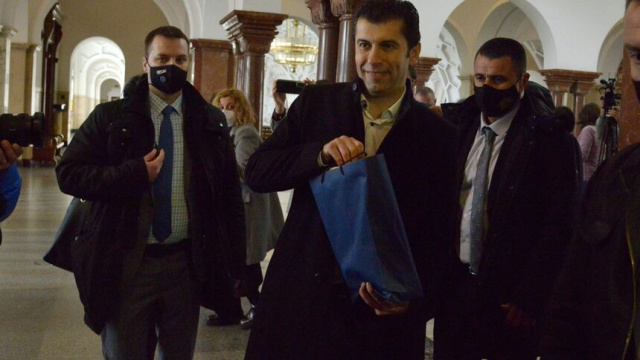 After nearly two hours at the Supreme Cassation Prosecutor's Office, Prime Minister Kiril Petkov said he had left a list of names and expected the prosecution's focus to be on these cases of corruption and other crimes. However, he refused to give the media the names from this list.

Kiril Petkov and his chief of staff Lena Borislavova received summonses to appear today at the Supreme Cassation Prosecutor's Office to provide details about persons who are “at the root of economic and criminal crime in the country and against whom no necessary actions have been taken to seek criminal punishment or responsibility from the prosecution.” Petkov announced the names to Prosecutor General Ivan Geshev at their meeting late last week.

Bulgarian Constitutional Court Decided: The Minister of Justice may Demand the Resignation of the Prosecutor General

Petkov used the occasion once again to remind that he, his “We Continue the Change” political formation and the public are not satisfied with the results of the work of the Prosecutor General, and again demanded his resignation. “I expressed my feeling that neither the Bulgarian society nor the Bulgarian government is satisfied with the results that the prosecution has achieved so far. I hope that the data I have provided will focus the prosecution to investigate these cases to make sure that there is no person in Bulgaria above the law”, Petkov commented on the way out.

Asked if Ivan Geshev's name was on the list after Bird.bg publications related to him, he said it was not. “I very much hope that now that the prime minister has submitted data that we all know, the prosecution will give even more of itself,” he said.

He stressed that he adheres to the separation of powers and respects this principle, but society expects justice and the prosecution to do its job. “We all have big questions about whether the chief prosecutor has done everything in his power to reach the level we all expect,” he said. He stressed that he is not a prosecutor and cannot set deadlines in which he expects results.

“I think that so far there is no prime minister who has publicly said names. We are not afraid of anyone, we are working forward and expect the institutions to do their job. We must all see that justice has been achieved,” Petkov added.