Germany, France and Poland have called on Russia to Ease the Situation on the Ukrainian Border 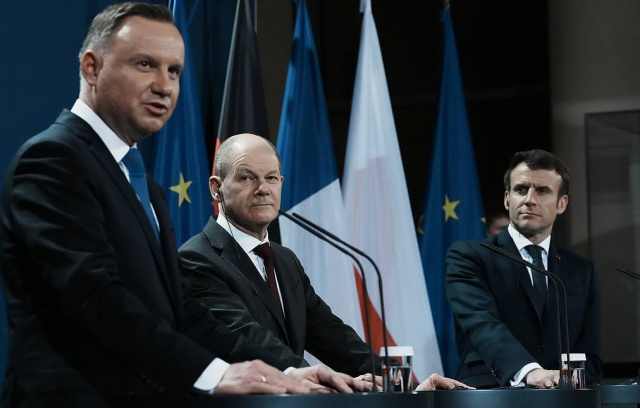 German Chancellor Olaf Scholz and the presidents of France and Poland, Emmanuel Macron and Andrzej Duda, have called on the Kremlin to engage in a “meaningful dialogue” on European security, DPA reported.

In a statement issued after the meeting of the three leaders in Berlin, they stressed that “any further military aggression by Russia against Ukraine will have huge consequences and a serious cost.”

Putin after meeting Macron: Do you want to go to War with Russia?

Macron went to Berlin after mediation talks in Moscow and Kyiv, and Scholz spoke with US President Joe Biden on Monday.

Tensions between the West and Russia have escalated due to the concentration of Russian troops on the border with Ukraine. This has raised fears that Moscow may plan an invasion, similar to the annexation of the Crimean peninsula.

Russia denies having such intentions and accuses the West of instilling fear.