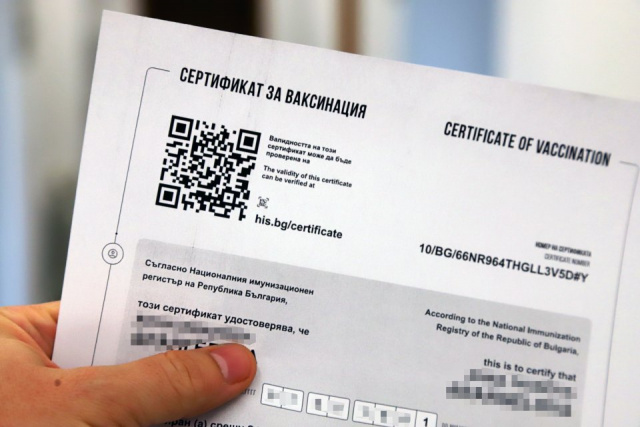 The Ministry of Interior has launched actions against issued fake green certificates, the ministry announced. The National Police is checking data on nearly 3,000 forged documents issued to people from five districts in Bulgaria and another 300 issued to people abroad who, after an inspection, found that they had not returned to the country.

Bulgaria: Man was Detained for Issuing Fake Certificates in Bansko

“It's about digital COVID certificates. Foreign citizens that do not have a document for Bulgarian citizenship. There is information that they did not come here at all,” said Biser Bozhichkov of the Economic Police.

Bags of documents were seized during an inspection by the Economic Police at a medical center in Sofia. The action is being held in several other regional cities.