Skopje might pick Agneza Rusi as Ambassador to Sofia 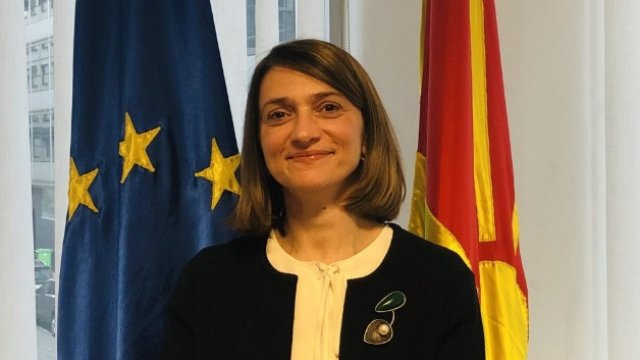 One of the most experienced diplomats at the Ministry of Foreign Affairs of North Macedonia, Agneza Rusi, will be sent as ambassador to Sofia. "The government accepted the proposal of the Ministry of Foreign Affairs for ambassador to Bulgaria and proposed it to the country's president", announced Foreign Minister Bujar Osmani today after a briefing.

“However, I cannot comment on the name until an agreement is reached, but the request for an agreement, which means approval by the president, has been received and has already been sent to the Bulgarian Foreign Ministry," Osmani said

Earlier this week, some Macedonian media mentioned Agneza Rusi’s name as ambassador to Sofia. She is a career diplomat and has been the head of Macedonia's EU mission in Brussels since 2018.