Blinken's Special Envoy is coming to Bulgaria to discuss Security 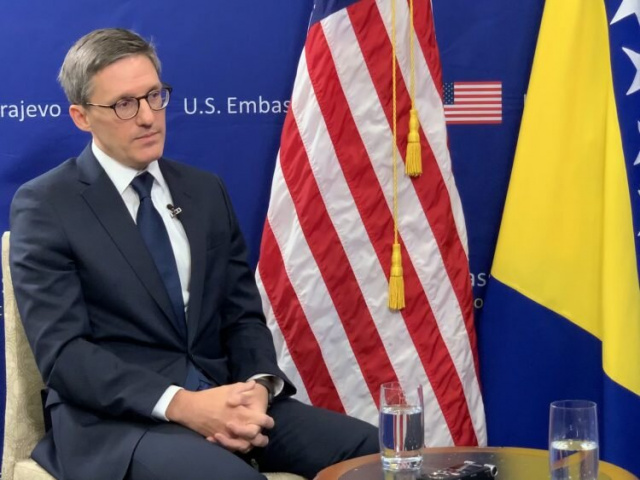 Derek Chollet, a senior US State Department official, will visit Sofia led by a US delegation from several federal agencies. This is part of a tour of Bulgaria, Romania and Belgium between February 7th and 11th, a foreign ministry spokesman said in Washington.

The topics of the talks in Bulgaria are related to the strategic dialogue on security, energy and the rule of law, which began two years ago. They will be discussed with government officials.

I spoke with @GreeceMFA Secretary General Themos Demiris today about solidarity with Ukraine and efforts to promote stability in the Western Balkans. Greece is an essential Ally and partner.

Chollet's position is, in fact, a special adviser to the Secretary of State and a consultant on major foreign policy issues. He instructs the relevant directorates in the department on these issues, conducts special international negotiations and consultations, and is sometimes personally assigned special tasks by the US Secretary of State.

This time, his mission was described as “engaging with Europe's partners on a number of issues and consulting with NATO allies and EU partners on Russia's aggression against Ukraine”.

In Romania, he would reaffirm the importance of the bilateral strategic partnership, especially “in the context of the deployment of US troops in defense of European allies in light of the build-up of Russian troops on the border with Ukraine”

Bulgaria and Romania will also be offered US support for economic reforms and the fight against corruption in light of a recent invitation to join the Organization for Economic Co-operation and Development (OECD).

Chollet's delegation will then visit Brussels to discuss NATO and EU diplomatic contacts with Russia and the readiness of allies and partners for large-scale sanctions if Moscow launches aggression against Ukraine.

Who is Derek Chollet

Derek Chollet's professional profile is primarily related to defense, national security, strategic planning. With at least a 30-year career in administration, he has served in the State Department, the White House and the Department of Defense, and after Joe Biden won the November 2020 presidential election, he was on the team to take power in the diplomacy sector and he did the same before President Barack Obama took office in 2008-2009.

From 2012 to 2015, he was Assistant Secretary of Defense for International Security, where he led US defense policy in Europe, the Middle East, Africa and the Western Hemisphere. Prior to joining the Pentagon, he was a special aide to the president on the National Security Council and senior director of strategic planning at the White House.

It can be said that Chollet also knows the Balkans because he worked in the team of Richard Holbrooke in the 90s, as well as Russia - because of his work with Deputy Secretary of State Strobe Talbot, considered one of the best to understand what is happening in Moscow.

During the tenure of President Donald Trump, he was executive vice president and senior adviser on defense and security policy at The German Marshall Fund.