North Macedonia: Two-Year Suspension of the Historical Commission with Bulgaria 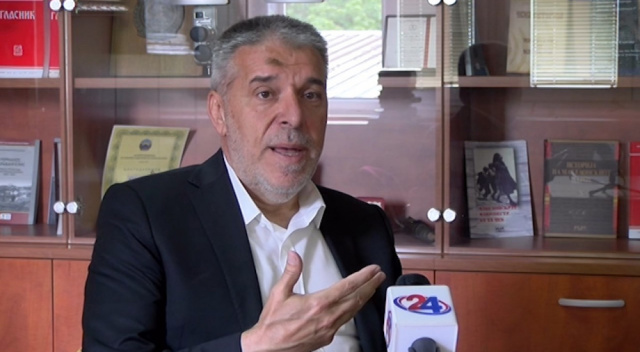 The chairman of the Macedonian part of the joint commission on historical and educational issues with Bulgaria, Prof. Dragi Georgiev, openly stated that he did not mind a freeze on the work of the commission.

According to him, this would lead to “relaxation of the political atmosphere between the two countries. If at this point the historic commission is creating a problem on the path taken by the two governments in order to relax the political atmosphere, I would agree to freeze the work of the commission for a year or two, because again we have the feeling that this commission is creating problems. If there is a real desire to make some progress between Macedonia and Bulgaria at all levels, this decision would not be so scary, because we have been in historical conflict with Bulgaria for 70 years. Freezing the work of this commission for 1-2 years will mean nothing and at the same time may allow things to move forward on other things,” Georgiev told Thelma TV.

He also stressed that there are Macedonians in Bulgaria.

BGNES reminds that only a week ago during the joint meeting of the two governments - RNM and Bulgaria, at the Boyana residence, Prime Minister Kiril Petkov announced that there will be three meetings of the commission in the coming months.

According to Georgiev, the public should be informed that although the commission is still discussing and does not find a solution for the joint celebration of Delchev, the governments of the two countries as a gesture of goodwill decided to jointly honor him. He added that this is a purely political decision of the governments and the commission has no participation in it and continues to discuss Gotse Delchev.

Georgiev added that they have been working for nearly two years to agree on a text that refers to Gotse Delchev and that should present the ideas why both countries should celebrate this historical figure and why it is important for both societies.

Of course, we came into sharp conflict with them because we do not accept such an interpretation of this phrase, Georgiev said. Historiography as a science, he says, has developed several concepts that can explain the points of contact between two countries, two cultures. It uses such terms as intertwined history, shared history, common history.