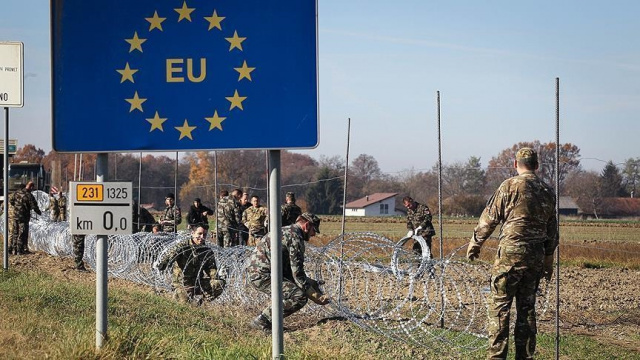 The reform of the Schengen area must help EU countries create the necessary conditions for more effective control of external borders. This was stated on Wednesday in an interview with reporters by French President Emmanuel Macron, who is attending an informal meeting of EU interior ministers in the French municipality of Tourcoing.

“We must strive for better control and protection of our external borders,” Macron said. He explained that “this is due to the deepening of the problem of migration and terrorism that has come to European soil. Europe must be able to control its borders, which is why France considers it important to present the reform of the Schengen area,” he said. He emphasized that “France is in favor of setting up the Schengen Council so that EU interior ministers can make regular decisions, approve relevant provisions, especially with regard to external borders”.

Macron added that he considered it important “to create a solidarity mechanism through which EU countries commit themselves to distributing migrants among themselves. We also need to work with countries of origin and transit of illegal migrants. First and foremost, we are talking about Africa and the Middle East,” he said.

On 1 January, France took over the rotating EU presidency for the next six months. Presenting the program of the French presidency at the January session of the European Parliament in Strasbourg, Macron said that one of Paris' priorities during this period would be to develop a project to reform the Schengen area.