128 Machines Clear the Roads from Snow in Sofia 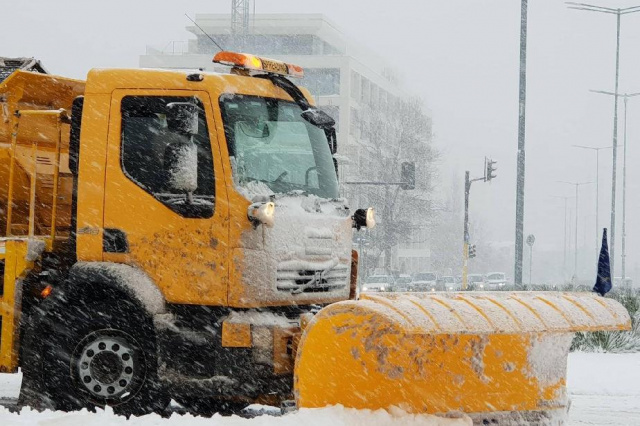 The snow removal companies were on site in the early hours of the day. The main routes on which the public transport in Sofia runs have been processed and cleared. This was stated at a briefing by the director of the Sofia Inspectorate Ivaylo Ivanov. 128 snowplows are working in the field, the press center of the Sofia Municipality announced.

According to Ivanov, a large part of the inner streets have also been treated. “From the control, I personally exercised, I saw that most of the transport stops are being cleared. After the approaches to the subways are processed, the sidewalks will be cleared as well,” he stressed.

“Currently, the road to Vitosha Nature Park is being closed to be cleared from snow. There the snow cover is about 40 centimeters. It is not allowed to use reagents in the area, so when the snow is pushed - the road will be open,” Ivanov added.

At the moment, public transport is moving everywhere along its usual routes. The control of the snow-clearing activities is carried out by teams of the Sofia Inspectorate. Field visits to critical places are made by the teams of the emergency directorate of the municipality.

The Sofia Municipality reminds drivers to use their vehicles equipped for driving in winter conditions and to drive carefully, observing the distance and at a reasonable speed.