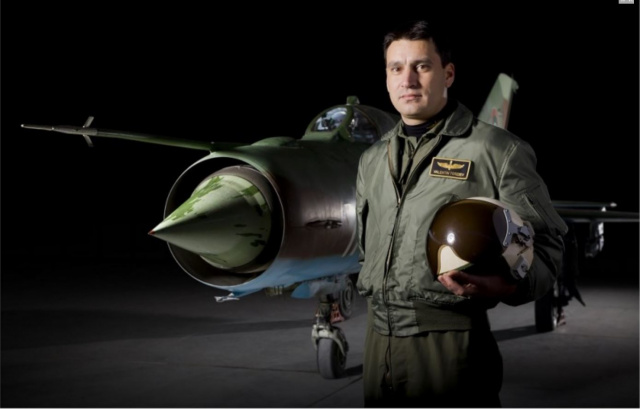 The military pilot Valentin Terziev, who died during exercise with his MiG-29 fighter, was posthumously promoted to the rank of "lieutenant colonel", Ministry of Defense announced.

By order of the Minister. Terziev was awarded the Order of St. George First Degree for officers.

With a military ceremony today, June 30, at the Graf Ignatievo air base, a last tribute was paid to the military pilot.

He died on June 9 while flying over the sea near Shabla with a MiG-29.

They expressed gratitude for the responsible and professional service, for his dedication and love for the Motherland, for his will to overcome the risks in the profession, the message says.

Last tribute to their colleague, considered one of the best Bulgarian pilots, was paid by the servicemen and civilians from all air bases in the Air Force.

Society » Be a reporter: Write and send your article
Tags: Valentin Terziev
Advertisement
Advertisement
Expats.bg All Are Welcome! Join Now!
More from Society