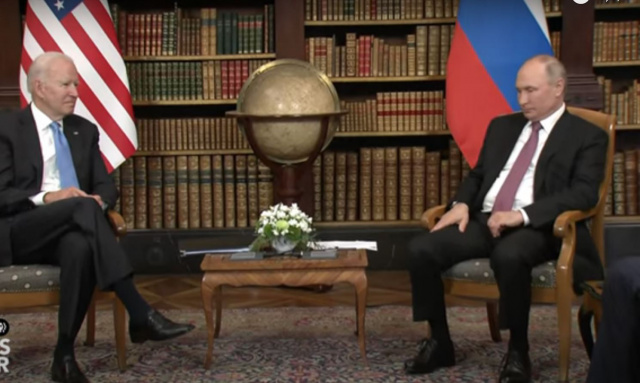 The recent Russian-US summit in Geneva created opportunities for more productive work in the arms control domain, US Secretary of State Antony Blinken said in an interview with Italy’s RAI TG1 on Tuesday.

"I think what came out of the meeting are some possibilities, at least, of working more productively, for example, on strategic stability, arms control so that we get control of some of the nuclear weapons that remain in an effective way," reads a transcript of the interview, released by the US Department of State.

The US authorities expect that constructive conversations with Russia on cybercrime would produce practical results, Blinken also said.

In Blinken's opinion, Russia and the United States have areas where they can work together, but reiterated that Washington was ready to respond to Moscow’s "aggressive actions."

The Russian-US summit, initiated by Washington, took place in the Swiss city of Geneva on June 16.

US President Joe Biden and his Russian counterpart Putin discussed the state and the prospects of the further development of bilateral relations, the issues of strategic security, as well as international matters, including cooperation in the fight against COVID-19 and ironing out regional conflicts. The leaders also announced that the US and Russian ambassadors would return to Moscow and Washington.

During his press conference after the talks with Biden, Putin noted that Moscow and Washington could agree on the rules of behavior in the fields of strategic stability, cyber security and regional conflicts./tass