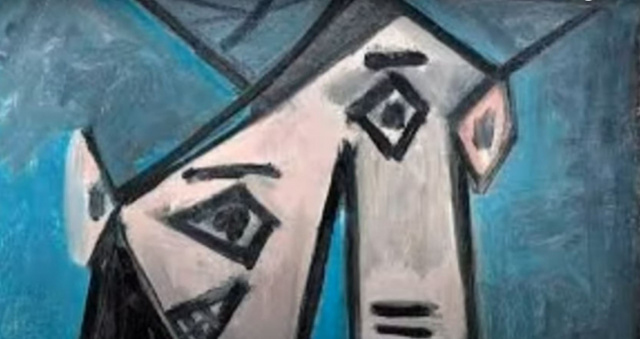 Nine years after it was stolen, the Greek authorities presented the recovered painting "Woman's Head" by Pablo Picasso to the public.

A 49-year-old Greek man was arrested on Monday and had confessed the theft from the Athens Pinacotheca in 2012.

The police had discovered the "Woman's Head" and an early painting by the Dutch artist Piet Mondrian in a ravine about 50 kilometres from Athens. The paintings had previously been hidden in a warehouse.

The thief had been watching the Pinacotheca for months and apparently even knew the time when the guards went out for a smoke.

When asked why he stole the Picasso painting, the Mondrian and a work by the Italian Guglielmo Caccia, he is said to have said that he grabbed the first paintings he encountered.

This proved to be his mistake, for the Picasso in particular, as the piece of the Athens Pinacotheca, was also impossible to sell on the black market.

A new owner would never have been able to make the painting public and would also have been legally prosecuted.

While the "Woman's Head" is intact, the Mondrian is said to be slightly damaged, while The Caccia painting is said to have been destroyed by the thief.

The police had already had the man in their sights when he tried to contact Dutch art dealers a few days ago.

Picasso's "Woman's Head" has an estimated value of around 16.5 million EUR and has dedication on the rear of the painting, dated 1946, reads: "To the Greek people as a tribute by Picasso."