There is Such a People Replies to Borissov: We Don’t Talk with Terrorists 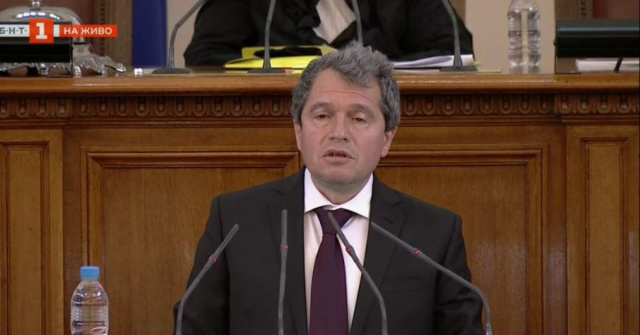 "The Americans do not negotiate with terrorists. Neither do we," said deputy-chairman of Slavi Trifonov's party “There is Such a People”.

Toshko Yordanov answered a question about whether the party would take part in a pre-election debate with GERB leader Boyko Borissov.

On Monday, GERB party leader proposed a dispute with the leaders of the leading political formations ahead of the upcoming elections.

Until now, Boyko Borissov has not participated in political debates, preferring monologues with live streaming on Facebook.

The change in his position comes after, according to the latest poll forecasts of sociologists, at the moment GERB and "There is such a people" had the same support some 3 weeks before the parliamentary elections on July 11.

Democratic Bulgaria on the other hand said they are ready for a pre-election debate with Borissov.

"We are not running away from the debate, but we need to see how it will be organized so that it does not become a talking room," said the coalition co-chairman, Hristo Ivanov.

However, he doubted GERB's intentions, recalling the party's invitation to debate:

"We have something to share, but given the fact that we invited Tomislav Donchev to an open discussion on e-government, and he has been hiding for 10 days there hardly will be a leaders’ debate."

Politics » Be a reporter: Write and send your article
Tags: GERB, There is such a people
Advertisement
Advertisement
Expats.bg All Are Welcome! Join Now!
Related Articles:
More from Politics