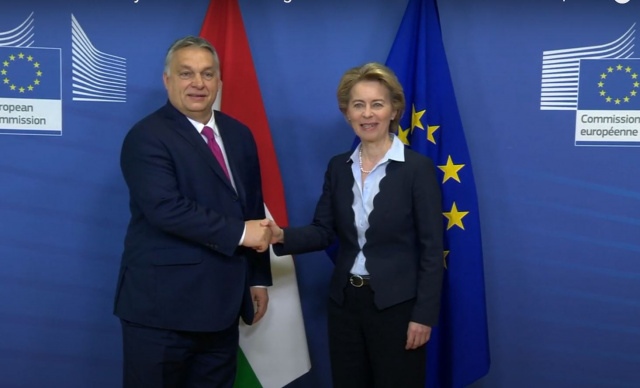 Controversy over a new Hungarian law banning LGBTQ references in school materials is threatening to overshadow an EU summit on Thursday and Friday (24-25 June) intended to focus on foreign policy issues: confronting Russia and tricky ties with Turkey.

The geopolitical tone of the Brussels meeting was set in advance with UN chief Antonio Guterres sitting in at the start on Thursday for an extended working lunch with EU leaders before tackling a range of foreign affairs topics.

But an EU official said the burgeoning debate about Hungary’s law had become “quite important” and would likely be raised during the first day’s working dinner.

That issue pushed to the forefront of EU politics this week when UEFA, Europe’s football governing body, rejected a plan by Munich to light up its stadium in LGBTQ rainbow colours for a Germany-Hungary match on Wednesday.

The city reacted by instead decorating many of its monuments – including those next to the stadium – in rainbow tints while French President Emmanuel Macron said UEFA’s decision was deeply regrettable.

“This bill clearly discriminates against people on the basis of their sexual orientation,” von der Leyen said.

More than half the EU countries, including heavyweights Germany, France, Italy and Spain, have signed a joint declaration voicing “grave concerns” over the Hungarian law and calling for the commission to act.

The speaker of the European Parliament, David Sassoli, upped the ante with a letter to the commission demanding immediate activation of a mechanism making pay-outs to Hungary from a common EU pot of money for COVID recovery conditional on it upholding the rule of law.

Hungary has defiantly hit back at all criticism over the LGTBQ legislation adopted on June 15 and which is due to come into effect soon. /euractiv