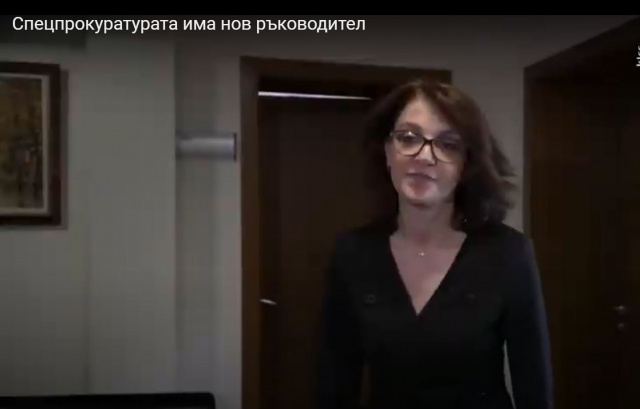 Desptie a protest in front of the building of the Supreme Judicial Council, its prosecutors’ board today unanimously elected a new head of the specialized prosecutors' office, and the only candidate for the post - Valentina Madzharova.

7 members of the prosecutors' board in the SJC voted "yes", none was against.

In the day of yet another single candidate “election” by SJC the civil initiative NGO "Justice for Everyone" declared that they will hold another protest in front of the building of the Supreme Judicial Council.

Some couple of dozen people chanted "Resignation" and demanded the immediate closure of specialized courts and prosecutors' offices today during the procedure.

The position of head of the special prosecutor's office has been vacant since last year, when the then boss Dimitar Frantishek surprisingly resigned, citing personal reasons.

From July 2020 until now, Prosecutor Madzharova was the interim head of the special prosecutor's office. Shortly before taking office, she received an award by Chief Prosecutor Ivan Geshev.

Prosecutor Madzharova became known with the termination of the investigation of "Apartmentgate", on which she found no evidence of violations by the former right hand of Boyko Borissov in GERB Tsvetan Tsvetanov.

She also found no violations after investigation of number of judicial agreements approved by Ivan Geshev in his capacity as a prosecutor with persons accused of organized crime.

A protest is announced for later today - at 7 pm, in front of the Sofia courthouse.

"Justice for Everyone" declared that they are firmly against "the one-man rule in the prosecution office and the unconditional support, which it receives from the Supreme Judicial Council."

Society » Be a reporter: Write and send your article
Tags: Ivan Geshev, Madzharova, Justice for Everyone
Advertisement
Advertisement
Expats.bg All Are Welcome! Join Now!
Related Articles:
More from Society