Chinese Military Points at US in Anger 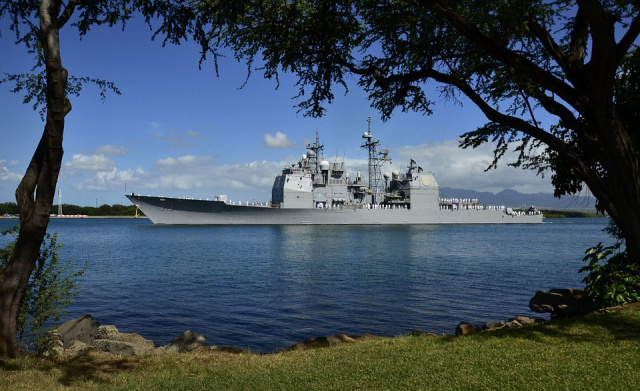 China back ‘raging’ to United States of America,  The country strongly condemned US in a statement calling it a security risk in the region.

This happened after a US warship sailed through a sensitive route, the Strait of Taiwan. The Arleigh Burke-class guided-missile destroyer USS Curtis Wilbur transits the strait Tuesday (22/6/2021).

The Chinese People’s Liberation Army (PLA) Eastern Command issued a warning. “The US is deliberately playing the same old tricks, creating trouble and disturbance in the South of Taiwan,” China said.

The US, the statement continued, is creating the greatest risk to regional security. “And, we are firmly against this,” the PLA said again.

The US itself enforces what it does according to international law. “The ship’s transit through the Taiwan Strait demonstrates the US commitment to a free and open Indo-Pacific,” the US Navy’s 7th Fleet said.

As is known, the problems between China and the US in the Taiwan Strait are related to the independence of Taiwan. Formosa asserts itself as an independent country while China views it as a renegade province.

The US does not have official diplomatic relations with Taiwan. But the US is a supporter of the island’s government, internationally, and is a major arms dealer.

Meanwhile, Taiwan’s Ministry of Defense said the US ship was sailing as normal. The same ship, also transited a month ago and made China angry.

This is the biggest violation by China on Taiwan to date.

This follows the results of the Group 7 (G7) meeting which made a joint statement condemning China, calling the country a trouble maker and stressing the importance of peace and stability in the Taiwan Strait.