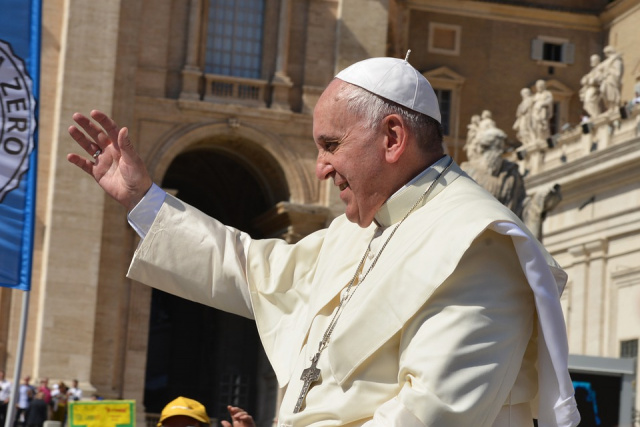 The Vatican has protested to Italy over a bill on homophobia currently passing through parliament.

The "Zan" bill would punish discrimination and incitement to violence against the LGBT community, as well as women and people with disabilities.

The Vatican argues the bill would curb religious freedoms secured in a treaty signed between Italy and Vatican Repubic.

The "Zan" bill, named after LGBT activist and politician Alessandro Zan, was passed by the lower house of parliament in November, and now needs to pass the Senate.

Under current Roman Catholic doctrine, gay relationships are referred to as "deviant behaviour".

Advocates of the bill say it has safeguards to ensure religious freedoms.

It would add legal protections for women and people who are LGBT or disabled. Those found guilty of hate crimes or discrimination against these groups could face up to four years in prison.
Vatican is concerned how the bill will apply in catholic schools and also expressed concern that Catholics could face legal action for expressing their opinions on LGBT issues.
The Vatican informally delivered a letter to Italy's ambassador on 17 June, protesting against the proposed law.

Vatican spokesman said the bill was "an unprecedented act in the history of relations" between Italy and the Vatican.

The Vatican believes it would violate the Lateran Treaty, signed by the two in 1929, which recognised Vatican City as an independent state.

Since his election in 2013, Pope Francis has adopted a more liberal stance towards homosexuality.

In a documentary last year, he said same-sex couples should be allowed to have "civil unions".

But Pope Francis has previously reiterated the Church's position that homosexuality is a sin.