Massive Chain Reaction Car Accident Kills 10, Including 9 Children in US 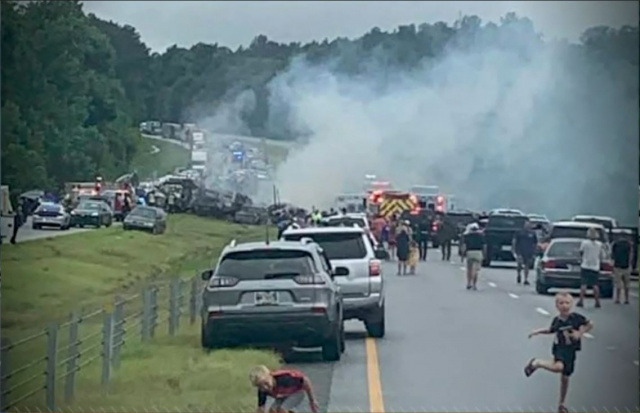 More than 15 vehicles are involved in a pile-up that took place on the freeway on Saturday near Greenville. The accident was due to the passage of the storm “Claudette”.

Nine children, including eight girls living in a hostel, died in a tragic pile-up in the US state of Alabama, a tragedy that claimed ten lives in total. The accident, which occurred on Saturday, is “probably” linked to Storm Claudette which ravaged several states in the southern United States, the Butler County medical examiner told AFP on Sunday.

The incident involved more than 15 vehicles traveling northbound on I-65 near Greenville, and could be caused by aquaplaning, Garlock said. Eight of the ten people who died, all girls between the ages of 4 and 17, were in a vehicle at Tallapoosa County Girls Ranch, a facility that takes in young victims of abuse or neglect.

The driver was saved by a person present at the scene of the accident, but the passengers could not be extracted alive from the vehicle which caught fire.

A father and nine-month-old daughter, who were traveling in another vehicle, also died after being transported to a hospital in the area, the medical examiner said.