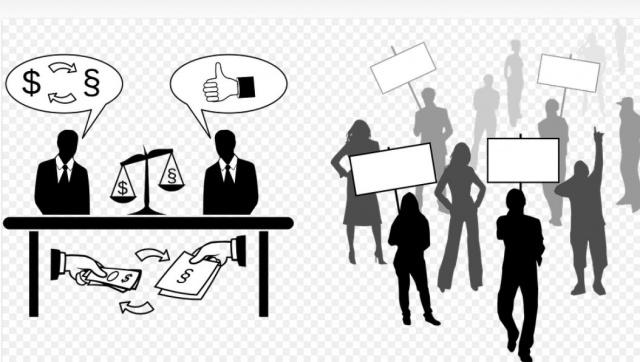 Accroding to international survey requested by Transparency International most Bulgarians (56%) believed during the last year of "Borissov 3" government mandate that the prime minister and members of his cabinet are involved in corruption.

When it comes to MPs, this share exceeds two thirds (67%).

Almost as many (65%) say they fear consequences for them if they report corruption to law enforcement. At the same time, one in five (19%) admits to having paid a bribe in some form.

This is shown by the detailed data from a sociological survey commissioned by Transparency International and released last week with the Global Barometer of Corruption (EU). In Bulgaria, it was conducted by TNS BBSS between October 13 and December 6, 2020 among 3,000 people.

The survey shows that although Borissov as PM was seen at the time as the symbol of corruption in the cabinet, his ministers did not lag far behind.

Asked whether government officials are corrupt, 49% say "almost all" and 41% say "some / none".

This is an opinion registered at least 3 months after Borissov replaced four ministers under the pressure of the summer protests.

The results show that half a year before the April 4 elections, an impressive 79% of those interviewed said they did not trust the authorities (government, politicians, public officials or any agency).

The group of those who said they did not entirely trust them was 43%.

When asked where they paid bribes, gave gifts or did services to public servants, Bulgarians said:

Conclusion of the survey in general is that the COVID-19 pandemic is worsening matters in terms of corruption.

In some countries, politicians use the crisis as an excuse to undermine democracy, while others see it as a chance to make a profit.