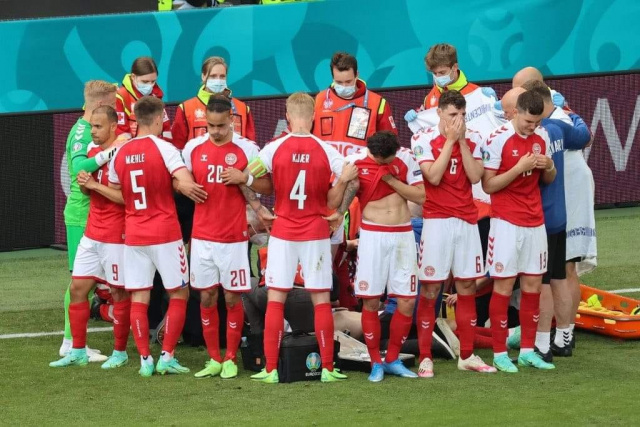 On June 12, Finland defeated Denmark 1:0 in their Group B opener of the 2020 UEFA Euro Cup.
The match was held in Copenhagen. Eriksen collapsed on the pitch in the closing minutes of the first half. He was given emergency treatment on the field for 15 minutes and then rushed away from the field by medics carrying him on a stretcher. The match was eventually suspended for an hour and a half.
On Thursday Danish national football team’s chief doctor Morten Boesen said that: "After Christian [Eriksen] went through different heart examinations, it has been decided that he should have an ICD."
"This device is necessary after a cardiac attack due to rhythm disturbances," Boesen continued. "Christian has accepted the solution, and the plan has been confirmed by specialists nationally and internationally who all recommend the same treatment."
"We encourage everybody to give Christian and his family peace and privacy the following time," he added.