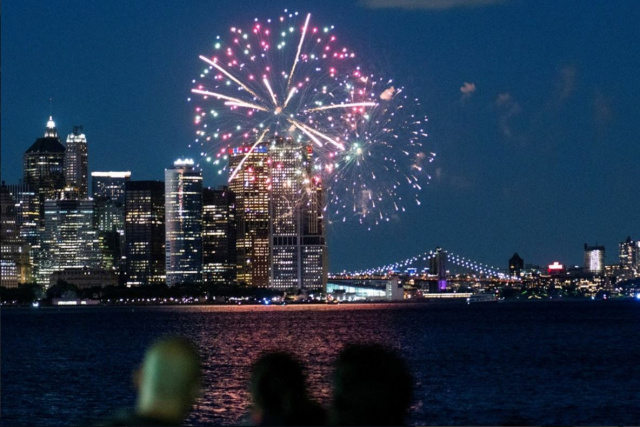 Fireworks were set off in New York City and across the state to celebrate the fact that more than 70% of adults have received at least one dose of the COVID-19 vaccine.

This allowed the last restrictions to be lifted, Governor Andrew Cuomo announced on Tuesday.

In NYack County, many watched and thought of everything New York faced since the pandemic began more than a year ago.

“Lot of people I knew are gone. So that’s one thing I reflect on — the people who aren’t here to see what’s going on,” said one resident to local news.

“It was a brutal year for everyone. I think that New York handled it really terrifically, I think people stepped up,” said Nyack resident Jane Delregno.

Seventy percent of New Yorkers now have at least one dose of the vaccine.

Cuomo pointed out the state that once had the highest infection rate now has the lowest in the country.