WHO Insists on Alcohol Ban for Women of Childbearing Age 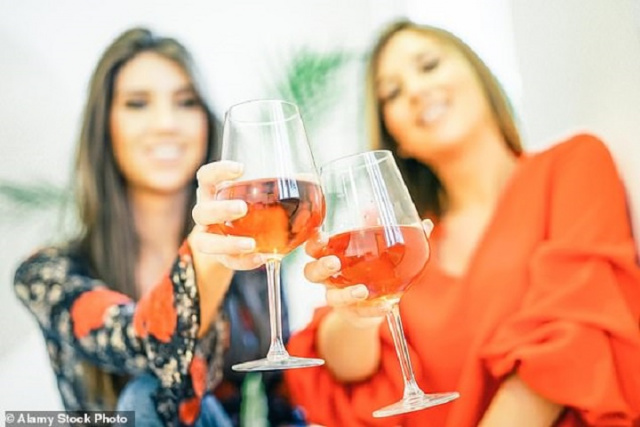 Women of childbearing age should be banned from drinking alcohol, says the World Health Organisation.

Its latest Global Alcohol Action Plan calls on countries to raise awareness of alcohol-related harm and its harmful use.

A first draft of the plan says ‘appropriate attention’ should be given to the prevention of drinking in children, pregnant women and women of childbearing age.

Last night the drinks industry described the proposal as paternalistic and sexist.

And it adds: ‘One of the most dramatic manifestations of harm to persons other than drinkers is pre-natal alcohol exposure and the development of foetal alcohol spectrum disorders.’

Symptoms in children exposed to alcohol in the womb can include poor growth, distinct facial features and learning and behavioural problems. The plan suggests such harms could be publicised through an international ‘world no alcohol day/week’.

The UK’s Chief Medical Officers say the ‘safest approach’ for women who are pregnant or trying to become pregnant is not to drink alcohol at all.

However, Matt Lambert, of UK alcohol trade body the Portman Group, said it was ‘extremely concerned, by the WHO’s proposal.

He added: ‘As well as being sexist and paternalistic, and potentially restricting the freedoms of most women, it goes well beyond their remit and is not rooted in science.’

The NHS website says experts are still unsure exactly how much – if any – alcohol is completely safe for pregnant women to drink.

But it warns drinking in pregnancy can lead to ‘long-term harm to the baby’, with higher intake presenting the greatest risk.

Dr Richard Piper, Chief Executive of Alcohol Change UK, said: ‘Drinking alcohol in the early stages of pregnancy, even before many people realise they are pregnant, can be very damaging for a foetus.

‘It’s important that people understand these risks – but also vital that we balance this against each adult’s right to make informed decisions about what we do with our bodies, no matter our age or sex.’

Society » Be a reporter: Write and send your article
Tags: WHO, alcohol, women, ban on use
Advertisement
Advertisement
Expats.bg All Are Welcome! Join Now!
Related Articles:
More from Society