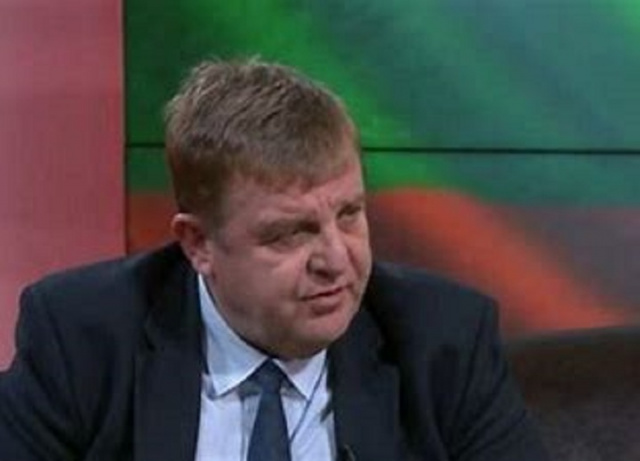 The Supreme Administrative Court (SAC) on Monday reversed a decision by the Commission for Protection against Discrimination (CPC) which had found that a controversial statement by nationalist VMRO party leader and former Defence Minister Krassimir Karakachanov did not violate the established rules.

Karakachanov's statement followed an incident in Voivodinovo, southern Bulgaria in January 2019, when a serviceperson was
severely beaten by two Roma brothers. Karakachanov said in a reaction back then: "Gypsies in Bulgaria have become exceedingly impudent... The tolerance of Bulgarian society is wearing thin." After the assault on the serviceperson, the authorities began to demolish illegal Roma houses. The two brothers eventually admitted to their guilt and received conditional sentences. The Edinstvo (Unity) Association alerted the CPC against Karakachanov's remark, and after the CPC found no wrongdoing, the case was referred to the court.

With its Monday ruling, the SAC returned the case to the CPC for a review. The SAC reasoned that in his statement Karakachanov referred to the whole ethnic group of the Roma, rather than criticizing the concrete perpetrators of the Voivodinovo assault. The court said: "Such a generalization encompassing everyone who considers themselves Roma, and such a stereotypical reference to the Roma as 'impudent' members of society, for whom the tolerance of Bulgarians 'is wearing thin,' undoubtedly can, and does, harm the dignity of the ethnic group and contributes to the fostering of lastingly negative, potentially hostile and conflict-laden attitudes, instilling distrust and intolerance in society with regard to any member of the Roma ethnic group."

Karakachanov did not express his opinion before the court. He did not attend the proceedings and was not represented at the
court sittings. The SAC ruling is final.

Later on Monday, Karakachanov told a BTA reporter in the northern city of Pleven: "Such a decision cannot stop me
speaking my mind because the main principle of democracy is the right to free thinking and free speech."

He said further: "I do see a problem with the integration of a large portion of the Gypsy population and I will keep speaking
up, regardless of the size of the fine - if a fine is imposed on me."

Karakachanov noted that he has not received a conviction in this case. "The Bulgarian Constitution is very clear," he argued.
"It says that Bulgaria is a one-nation state and no ethnic, religious or other minorities are recognized - the wording is
crystal clear. It also says that all Bulgarian citizens have equal rights, and no group rights are recognized based on
gender, ethnicity, religion and so on." BTA