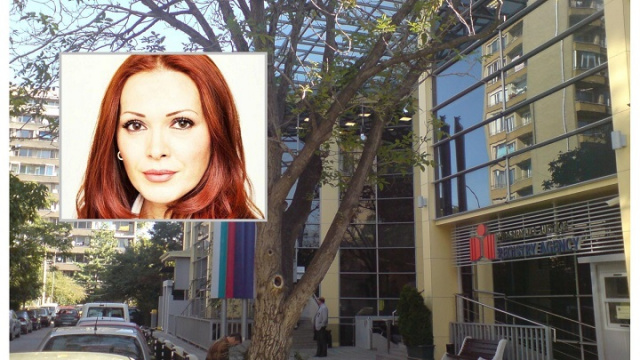 The caretaker government will replace the CEO of the Registry Agency Gabriela Kozareva. This was announced personally by Prime Minister Stefan Yanev in the cabinet’s report on what has been done since he took over the government of the country.

In response to a journalist's question about whether there would be changes in the top management of the agency, which a few days ago sparked a scandal over blocked reshuffles at two major Sofia hospitals, he replied:

"Yes, do expect a change! Obviously, the incumbent CEO of the Registry Agency does not want to work in a transparent manner and in a way that is in the best interests of the people. There are some other motivations in her work."

The Prime Minister pointed out that Minister of Justice Prof. Yanaki Stoilov will propose who will take over the agency.

Days ago, The Official Health Minister Stoycho Katsarov called on his colleague to inspect and remove Kozareva because of her "abuse of power". One of the reasons cited was that Kozareva refused to update the names of the Managing Board members of Alexandrovska hospital in the Trade Register.

The Agency then came out with a dissenting opinion in which they defended their actions on the grounds that CEO could only be replaced after a contest. And they pointed out that two applications were sent to them - once the new chief was appointed before a competition was held, as above it said that a contest had been held.

In addition to the management of "Alexandrovska" and the one of the VIP Lozenets hospital, the Minister changed the management of the hospital for serious violations there. However, the director of Lozenets Lyubomip Spasov managed to appeal his dismissal before the Sofia City Court, before the Registry Agency changed the names in the trade register. However, the Agency justified its reaction exactly with that.

Following Katsarov's appeal, the Ministry of Justice ordered an inspection. The ministry then said that the minister and other executives did not have the authority to influence the decisions of the registration officials.However, they stressed that the Agency must fulfill its legal obligations strictly and in the interest of the citizens.

Gabriela Kozareva has been CEO of the Registry Agency since 2018. Before taking office, she was the head of the Executive Agency for Promotion of Small and Medium Enterprises, and from May 2017 to February 2018 she was Deputy Minister at the Ministry of Youth and Sports.