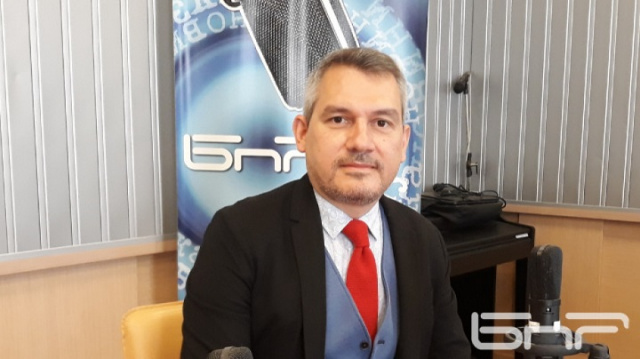 For a long time, the topic of economics and economic development of Bulgaria was not a priority of the governments, said in an interview with BNR Georgi Naydenov, Master of International Economic Relations.

"What we're seeing are shady affairs, tabloids, wiretapping scandals, as if the whole world goes around such things. We don't see what's coming our way. The transformation is currently happening in the world and Bulgaria falls behind it. The change is going to be very dramatic and if we don't start to adapt to it, we'll regret it," he said.

Naydenov recommends not to use the words “absorption and receiving money from Brussels”, but to focus on the transformation.

"What was supposed to happen in 2030, started happening in 2020-2021, owing to the pandemic. All processes related to modernization and digitization of the economy and everything related to innovation are running at triple high speed now."

Business is a mirror of the state. The government should focus primarily on small and medium-sized businesses, stressed Georgi Naydenov in the "Before All" talk show.

In his words, the state does not pay attention to small and medium-sized businesses, it has focused on large companies, as most large companies in Bulgaria draw in human capital because they can offer better conditions, but they make almost no contribution to the state budget.

"We don't have that much need in these big companies."

Bulgaria should be focusing on the local economy and local capital rather than seeking production facilities like alarge Western car factory that has little to do with the future, the economist believes.

In order for the country to prosper at least one or two to three sectors must be at the European, global level, Georgi Naydenov stressed. So, in his words, we will have a catch-up effect.

Until we have this public debate and agree on the priorities in the economy related to science and innovation, we will continue to talk about tabloid scandals and be subject to the Monitoring Mechanism, he pointed out.

Georgi Naydenov is of the opinion that those who want power should come out "with the team that the government would want to have" before the elections, sort of a draft cabinet, in order to ensure predictability for both the population and business.