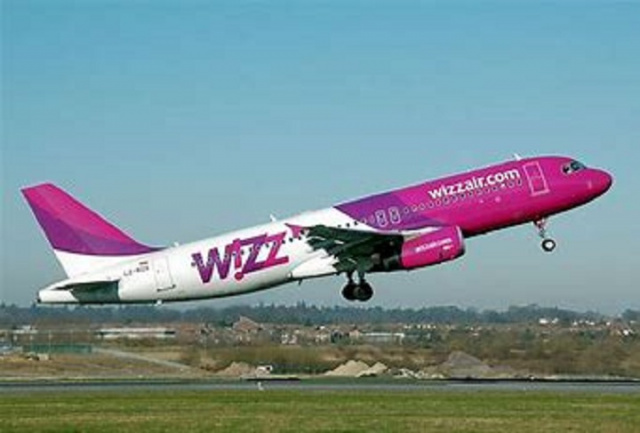 Wizz Air, the fastest growing airline in Europe and the leading carrier in Bulgaria, celebrated the opening of its first base in Burgas and third in the country. The base will be seasonal, with the airline basing one Airbus A320 aircraft at Burgas airport between June and September 2021.

With the creation of this new base, Wizz Air now offers a total of 16 routes from the coastal city, 10 of which are completely new, and will be launched in June 2021.The tickets are already on sale and can be booked on wizzair.com or on the airline's mobile app at prices starting from as low as BGN 38.99*

The official opening of Wizz Air's third base in the country is further proof of the airline's strong commitment to the Bulgarian market, it provides passengers with increasingly exciting, safe and affordable travel options.

The expansion of Wizz's route network from Burgas will also support the economic development of Bulgaria, contributing effectively to the development of local tourism by connecting the Black Sea city with these destinations and providing lucrative opportunities for passengers from all over Europe to fly directly to the Black Sea coast of Bulgaria, as well as lead to the opening of new jobs in the airline industry and related sectors.

The history of Wizz Air in Bulgaria began in 2005, when the first flight from Sofia to Budapest took off. Over the past 16 years, the airline has carried more than 19 million passengers. passengers to and from Bulgaria. As part of the expansion of its network, the carrier continues to be a market leader in Bulgaria and to increase its local operations.

The Airbus A320 aircraft, which Wizz Air will base on Burgas Airport, will support the operations of some of the new 10 routes to Dortmund, Eindhoven, Kiev, Liverpool, Poznan, Tel Aviv, Turku, Gdansk, Lublin and Doncaster/Sheffield. Other routes from Wizz Air's Burgas network, to be run this summer, include London Luton, Vienna, Budapest, Katowice, Warsaw, Wrocław with a total of 250,000 seats on sale from Burgas in 2021.

Whenever passengers decide to travel to and from Burgas, Wizz Air kindly reminds them to familiarize themselves with the strict health and hygiene measures introduced by the carrier to protect passengers and crew.

While HEPA filters on all Wizz Air aircraft already filter out 99.97% of viruses and bacteria in the air, the company's new protocols include physical distancing measures, provide an ultra-clean environment on board and limit any unnecessary social contact so that WIZZ passengers canfeel confident that they are traveling safely to the desired destination.

For added peace of mind, Wizz Air recommends that customers add WIZZ Flex to their booking. Thus, passengers will be able to change the date of their trip or destination, as well as cancel their flights up to three hours before departure free of charge and immediately receive 100% of the original ticket price on their WIZZ account.

Speaking at the press conference, Zsuzsa Poos, Chief Customer and Marketing Officer of Wizz Air said: ”I am delighted to announce the establishment of a temporary summer base in Bourgas, as we see the demand across Europe to travel to the Beautiful Bulgarian seaside during the summer holiday season. Today’s announcement underpins our dedication to developing our presence in Bulgaria, and offering more affordable travel opportunities, while keeping ourselves to the highest standards of our sanitizing protocols. Our state-of-the-art aircraft as well as our enhanced protective measures will ensure the best possible sanitary conditions for travellers. Wizz Air operates one of the youngest and economically most efficient fleet of aircraft with one of the lowest environmental footprint in Europe. I’m convinced that Wizz Air will make a positive impact on Bulgaria’s economic development and support the ramp up of its tourism industry.”

Frank Quante, CEO of Fraport Bulgaria, who also participated in the event, commented: “At Burgas and Varna Airports, Fraport Bulgaria is doing everything in its power to adapt to the current situation, so to ensure maximum protection to its passengers and employees. We have opened our door as wide as we can and it makes us very happy to have the leading airline Wizz Air consider Burgas Airport a great opportunity for opening a seasonal base with an offering of 14 connections in total. This is a significant development, and we can only wish to retain as many routes as possible all-year-round in Burgas.”