Bulgaria and Czech Republic Probe into Arms Depots Blasts Together 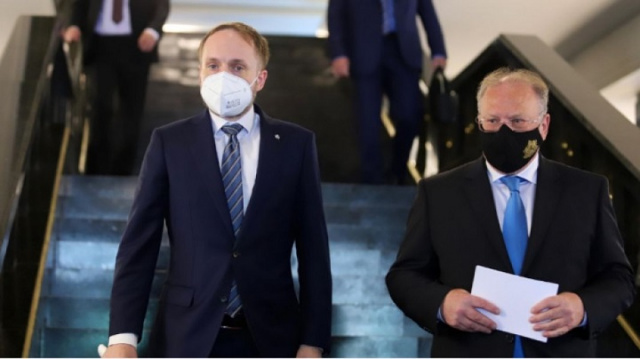 Bulgaria and Czechia exchange information connected with the investigation of the blasts at the arms depot in Vrbetice to which the name of Bulgarian arms dealer Emilian Gebrev has been linked.

This transpired after a meeting between Bulgaria’s caretaker Foreign Minister Svetlan Stoev and his Czech colleague Jakub Kulhánek who is in Bulgaria on an official visit. The positions of Bulgaria and Czechia on the explosions at Vrbetice are absolutely identical, Minister Stoev said. Jakub Kulhánek on his part stressed that Czechia is insisting on a review of the EU’s relations with Russia:

“Czechia is very active when it comes to Russia, the issue on the agenda of the EU meetings at a foreign ministers’ level. We must have an open discussion on how to formulate our relations with Russia in the future,” Minister Kulhánek said.

Bulgarian prosecutors said they are collecting evidence on the possible involvement of six Russians in four explosions between 2011 and 2020 at Bulgarian arms depots that were storing munitions for export to Ukraine and Georgia.

A spokeswoman for the office said prosecutors could reasonably assume links between the blasts in Bulgaria, the attempted poisoning of Bulgarian arms trader Emilian Gebrev in 2015, and munitions depot explosions in the Czech Republic in 2014.